Former Big Brother Nigeria housemate Ifu Ennada has taken to Instagram to express her shock about the attitudes of some married men.

Ifu Ennada noted that most married men who post photos of their wives and kids on social media are always the ones who cheat.

Ifu Ennada went further to seek God’s mercy to keep her away from temptation as she only wants what’s meant for her. 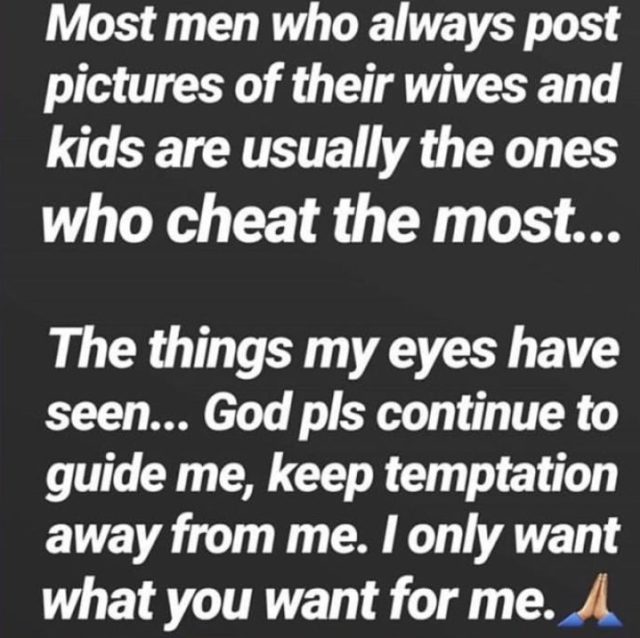