Popular Nigerian singer, Peruzzi took to social to complain bitterly about what he and his crew experienced with  Medview Airline who allegedly sold their 12 flight tickets.

Peruzzi said they were playing and making jokes to the plane only to realize their flight tickets has been sold to ither customers.

“That’s how Medview airline sold our 12 flight tickets to other people. Don’t ask me how hat’s how crazy poo is! This is a video of us actually playing and making jokes to the plane before we realized poo was messed up. Medview, I Hail !” 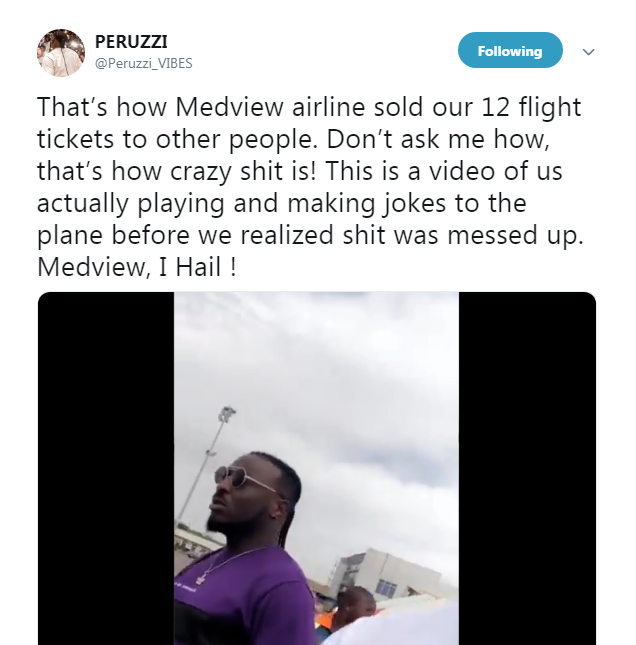