Chief of Army Staff, Gen. Tukur Buratai, has stated that the worsening insecurity challenges currently experienced in the country is due to poor funding of the Army and other security agencies.

Buratai made this known while addressing lawmakers in Abuja on Wednesday during the 2019 budget defence engagement with the House Committee on Army.

Buratai informed the committee that the Army had budgetted N472.8 billion for expenditure in 2019.

The army chief went on to reveal that a huge portion of the budget would be used for counter-insurgency efforts in the North East and to tackle other forms of insecurity in the country.

In the budget, N350.5 billion have been reserved for personnel emoluments; N43.6 billion for overhead costs; while N78.5 billion would be used to execute capital projects for the Army in 2019.

“Poor funding has remained a major challenge of the Nigeria Army, especially since the transition to civil rule in 1999.

“In the 2019 fiscal year, the Army has budgeted N472.8 billion, a large percentage of which would be used for counter-insurgency in the North East and to tackle other forms of insecurity in the country,” Buratai said.

The lawmakers urged the Army to embrace new methods of counter-insurgency, with emphasis on intelligence gathering. 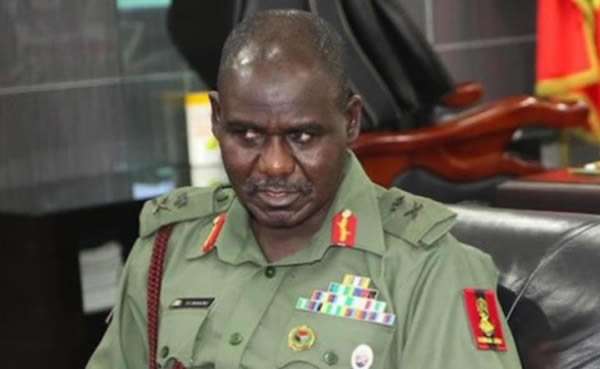