Ada Slim has called out Bishop Umoh a.k.a Okon Lagos, following report of him defending Abuja policemen who raped women they accused of being prostitutes.

On Wednesday, Nollywood actor, Bishop Umoh, had stated that the police officers arrested in Abuja for allegedly raping prostitutes should not be charged with rape but theft because the policemen stole ‘goods’ belonging to the women they raped.

This statement sparked a lot of negative reactions from people across social media.

Instagram celebrity, Ada Slim, reacting to the jibe stated that rape is rape and one should not be insensitive about it.

She further added that a prostitute is someone’s child and should be saved. 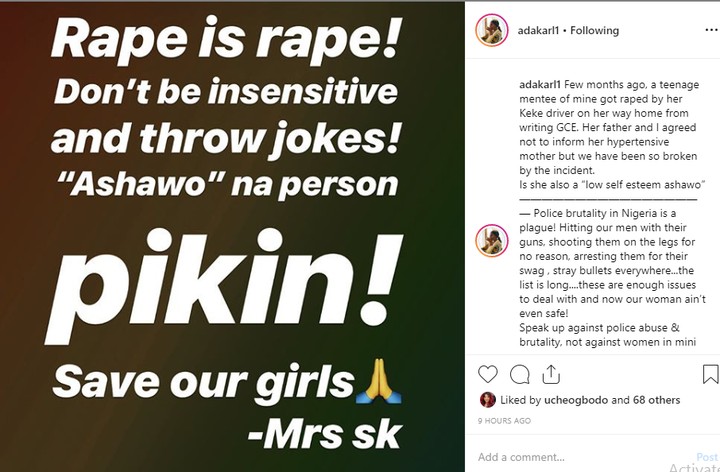