Newly wedded, Ifiemi Angel Awotarigha has shared the first official picture of himself and wife in a new post on Instagram.

The former big brother Naija housemate, Angel got married on Tuesday at the registry in Port Harcourt, Rivers State to his Canadian beau, Felicia.

The marriage which came as a surprise even to his fellow housemate, Nina, was reported to have been attended by a close circle of friends and family.

The self-proclaimed actor posted a picture of himself carrying his wife, who rocked a Nigerian native attire.

“When I look in your eyes I see forever and it looks beautiful, just like you. I love you so much Mrs Awotarigha!!! ” 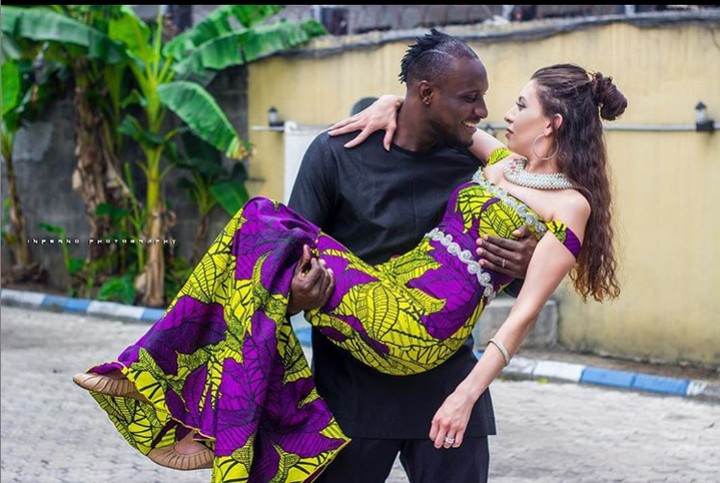 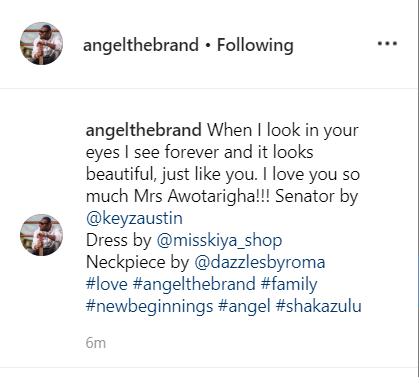