The Instagram user identified as Lady_ofure5 pleaded with AY to advise the godfather of comedy in Nigeria, Alibaba. She pointed out that no regular business person or worker can afford to purchase a ticket to a comedy show for 1million naira.

The lady noted that only people involved in shady business could afford to purchase an expensive ticket to a comedy show.

Also Read: Nigerians drag Bobrisky after he shared photos of his installed boobs

Seeing the comment, AY replied the lady, telling her to steer clear if she cannot afford it. The comedian also said that she should not complain on behalf of people who can afford the tickets to comedy shows.

Finally, the comedian also begged her to allow him to market his business, the way he so desires.

See the conversation below: 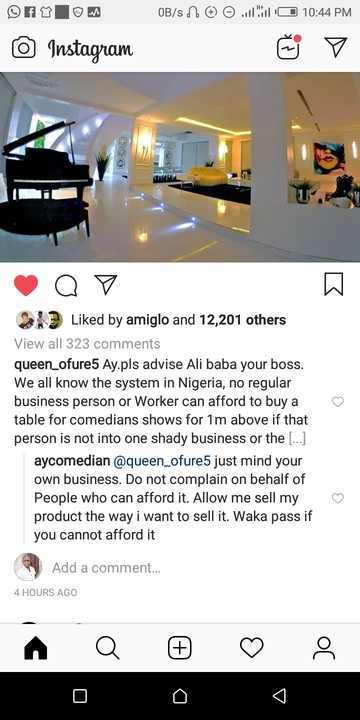