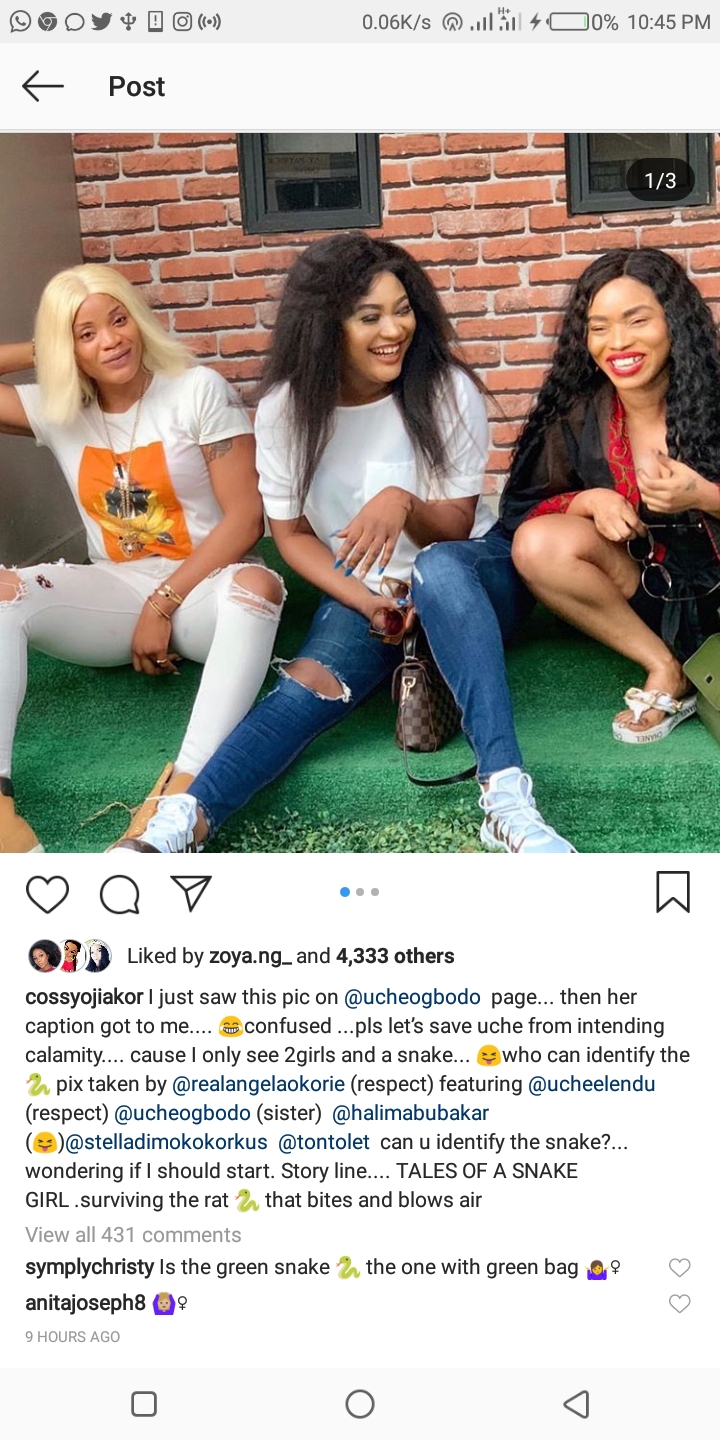 In her Instagram post where she talked about Ucheogbodo caption saying she can only see two girls and a snake, she further explained that Angel Okorie @realangelaokorie, Uche Elendu @ucheelendu and Ucheogbodo are friends.

In her caption, she asked her fans who the snake was having used Ucheogobo, Ucheeelendu and Halima Abubakar picture.

She further went on to her next post to talk about Halima Abubakar masterminding the story about her sleeping with a dog and called her a snake. 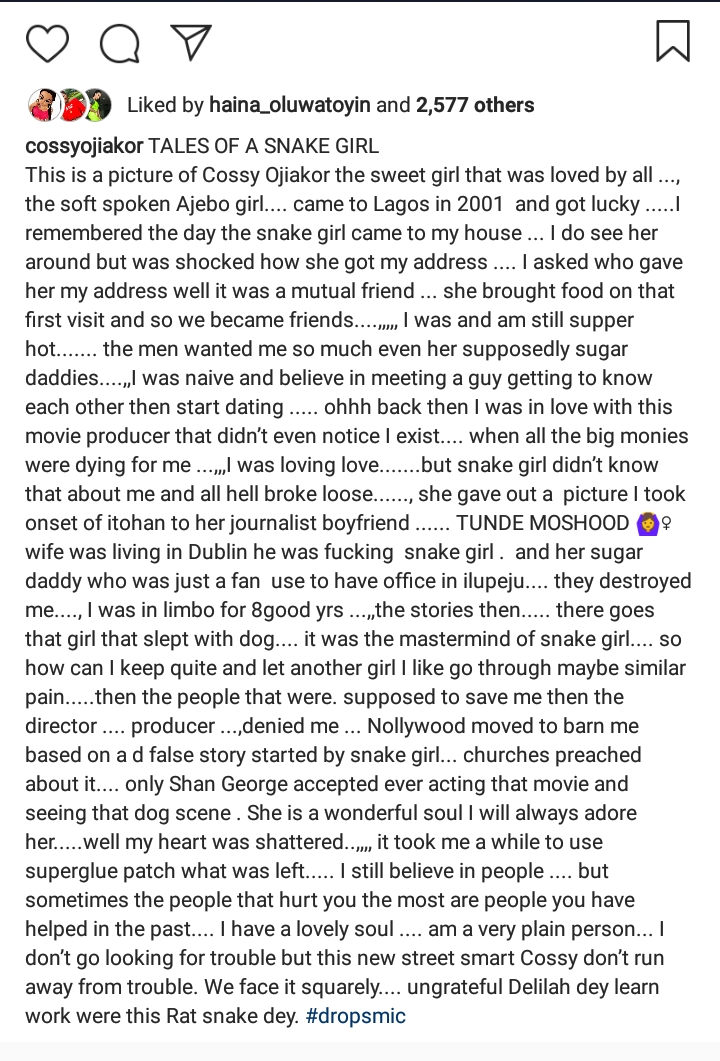 However, Halimi Abubakar has not replied her has people have said Cossy Orijakafor is always looking for controversies to stay relevant on social media and the internet.