A new report confirms that Argentina football legend, Diego Maradona was arrested at the airport after his ex-girlfriend dragged him to court over a £5 million payout. 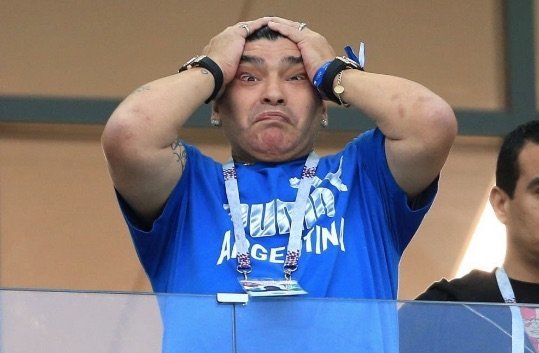 Reports have it that Diego Maradona upon flying into Argentina from Mexico was immediately arrested and detained at the airport.

Alejandro Mancuso, an ex-footballer who was at the airport with Diego said;

“We arrived with Diego very quiet and went to the duty-free shop. When they announced boarding, we approached and they closed the plane door in our faces. The anger was logical and justified,” he said.