Fashionista Laura Ikeji has revealed that despite being married, she still receives a lot of messages from people asking her out on Twitter.

She narrated her experience on Twitter, disclosing that Twitter users are always trying to ask her out even though she is married.

Laura Ikeji also reveals that whenever she logs in on Twitter “there is always one guy on the platform who comes to her DM with the I love u and want to marry u” message.

Laura, however, took the opportunity to inform people disturbing her that she is married or Google her name. 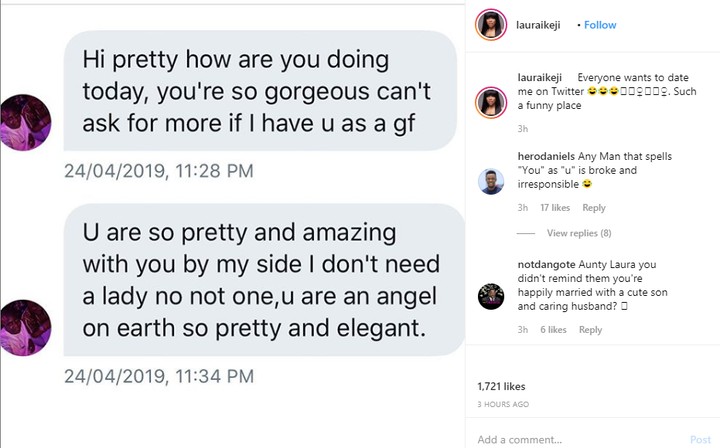 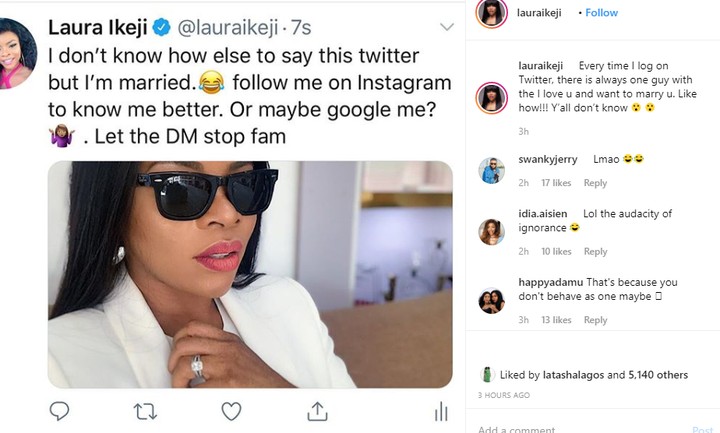