Etinosa has reacted to the angry reactions she jas faced after she slammed Nollywood actor, Charles Awurum in his public feud with Bobrisky.

Also Read: ‘Do not lose yourself in the process of healing’ – Seyi Law advises

Etinosa pointed out that Charles Awurum is not an elder but exhibiting witchcraft. The actress further revealed that she doesn’t like fake life, and will always say it as it is without fear or favour. 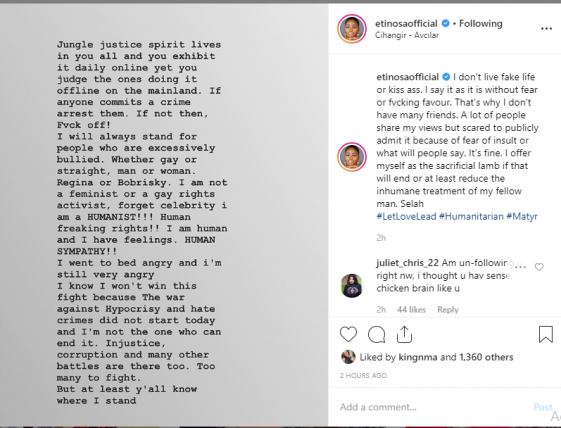 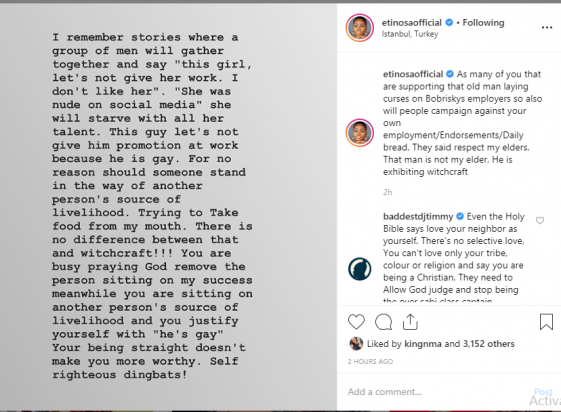 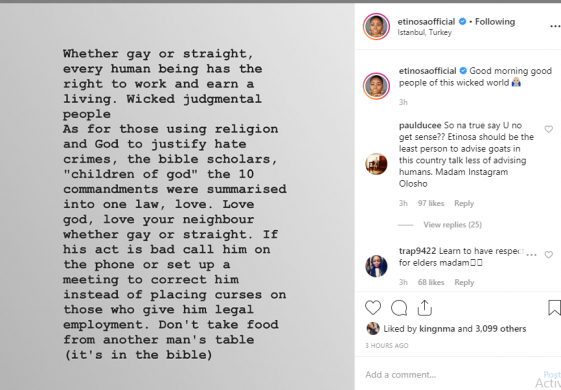