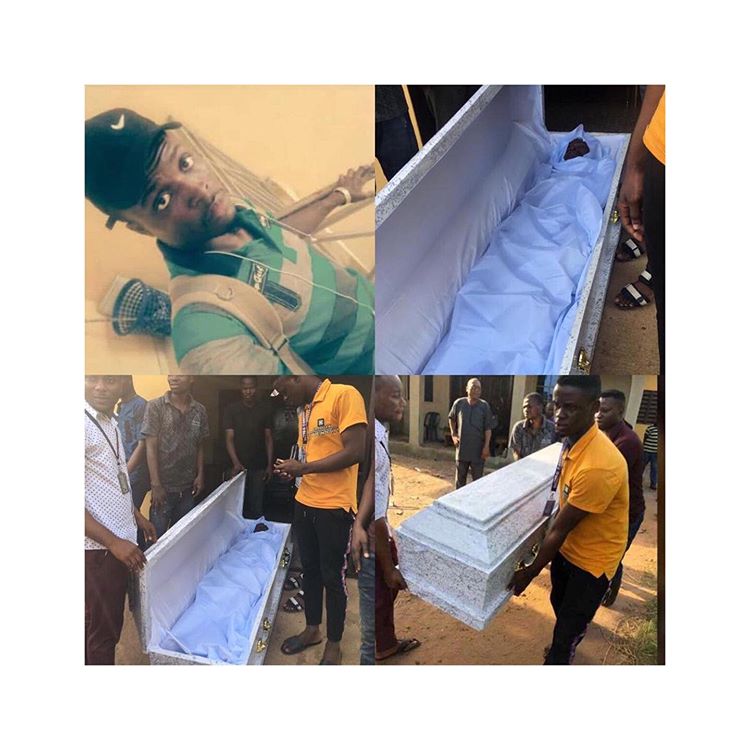 A 200 Level Architecture student of the Olabisi Onabanjo University, Ogun State, has died following a stampede that occurred during the Barcelona Vs Liverpool match on Wednesday.

According to reports, the deceased whose name has been given as Gbenga Olukoyi died at a viewing centre showing the match.

The stampede reportedly occurred after a student felt a snake was crawling up his leg following a sensation he felt, he raised an alarm causing everyone to take to their heels which in turn caused the stampede.

Over 40 students were also reported injured.

Gbenga allegedly died at the hospital after they refused to treat him due to the inability of those who took him there to deposit some money for treatment to commence.