As fans of the Nigerian entertainment industry begin to relax from the double delight of controversies served by Nollywood stars, Tonto Dikeh and Regina Daniels, for the past days, Comedian Akpororo and controversial OAP, Daddy Freeze set out on a new social media controversy..

Daddy Freeze mocked Akpororo after it was reported that his show recorded low turn out. He also queried the comedian whether his tithe he ‘boasted’ of has stopped working for him. He further disclosed that he has forgiven him, and wish he stops paying or advertising ‘idolatrous tithe’.

Akpororo fired back at Daddy Freeze and further stated that he still pays his tithes which works for him.

Daddy Freeze not letting any dig at hum go mocked Akpororo for wearing Fendi by Lacoste. He called the comedian a fake guy as he wrote ‘Oya bible scholars, e don set o…Lacoste Fendi Na you be the real wall gecko’.

Stephanie Otobo reacting to Daddy Freeze post commented that religion is a scam. 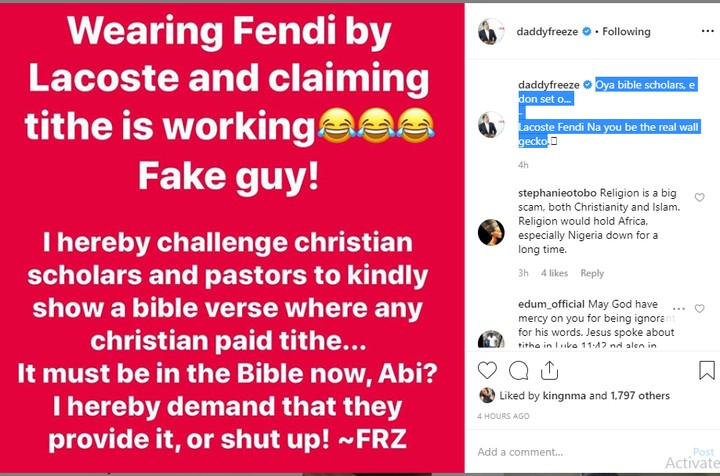 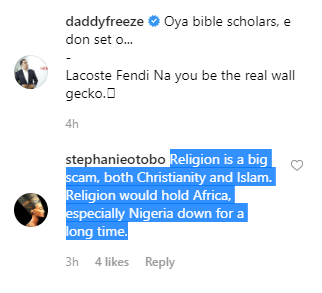 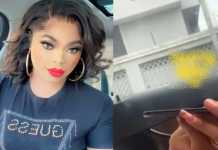 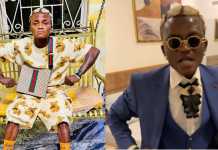 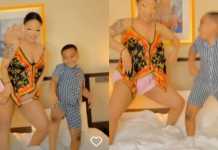