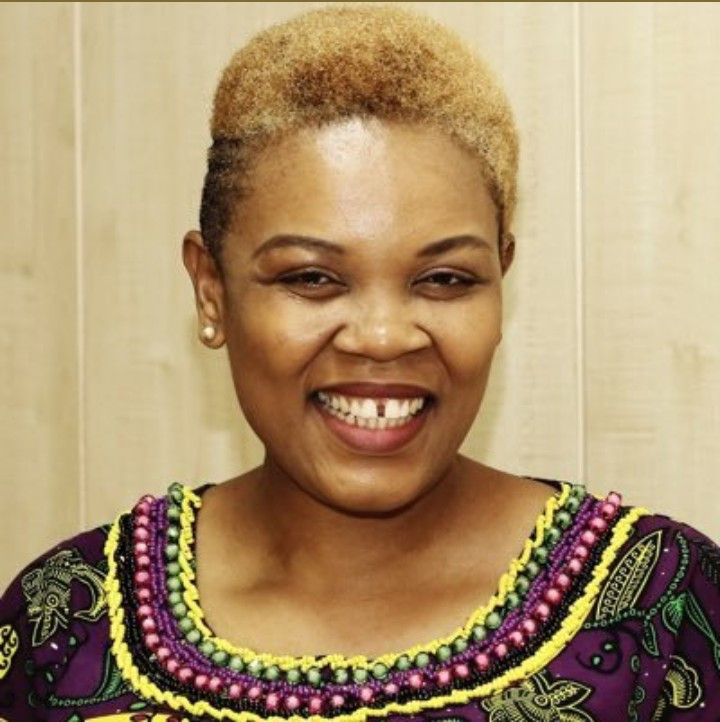 Blossom Ozurumba, a Nigerian writer and author has taken to social media to criticize the way the birth of baby Sussex was announced.

Recall Meghan Markle and Prince Harry welcomed their royal baby on Monday morning and had announced via their official IG page that the baby had been born writing: “It’s a boy!”

Blossom, however, did not approve of the emphasis laid on the baby being a boy.

I am as overjoyed as their Royal Highnesses, the Duke and Duchess of Sussex but I must not fail to express my view that I have the exact distaste for this announcement as I had for the “Mama Na Boy” TV commercial produced by MTN Nigeria Limited in 2003 which was downright sexist. 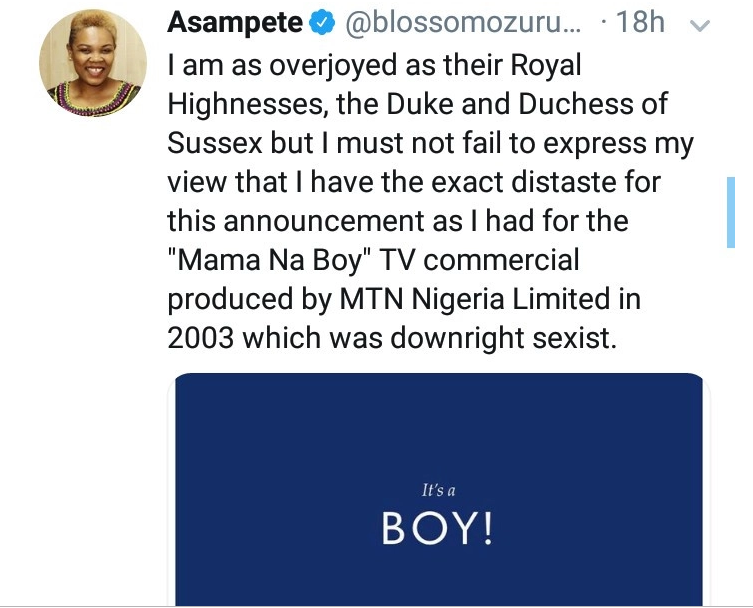