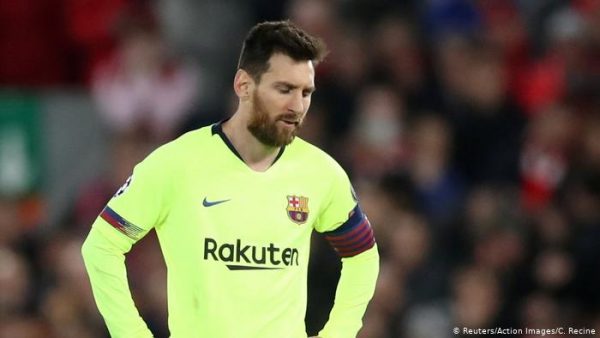 FC Barcelona could not draw inspiration from Lionel Messi as they were knocked out of the UEFA champions league competition yesterday after throwing a three goals advantage to English giants, Liverpool, at Anfield during the semi-final second leg.

Their ever reliable talisman, Lionel Messi, was unable to conjure something out of the tie even though they needed just a goal to make it to the final of the elite competition.

As a result of their unimpressive feat yesterday, five times Ballon d’Or winner, Lionel Messi, has now thrown away a comfortable lead a record of four times.