Controversial Nollywood actress, Tonto Dikeh has dropped hints that she’ll write a book on her failed marriage to Churchill Olakunle.

Tonto Dikeh and her ex have been at the forefront of controversy since the beginning of the week. Now the Nollywood star has revealed that a tell-all book will come next and it will be titled “Surviving Churchill”.

She said that if he tries to sue her, she will simply change the name of the book and go ahead to publish.

She wrote on Instagram: “Woke up this morning with the spirit of a writer.”

She followed her words with several ‘rolling on the floor and crying’ emojis, then added:

“#TODAY IS FOR HAPPINESS & LAUGHS #TURNING LEMON INTO LEMONADE #YOU SUE ME I CHANGE THE NAME OF MY BOOK AND PUBLISH ANYWAYS #THEMONEYYEAR #SECURING THE BAG #MAN YOU MESSED WITH THE WORST ANGEL.” 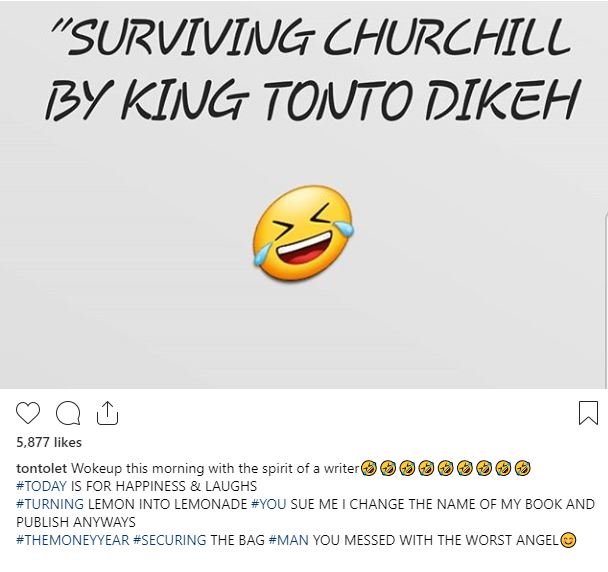