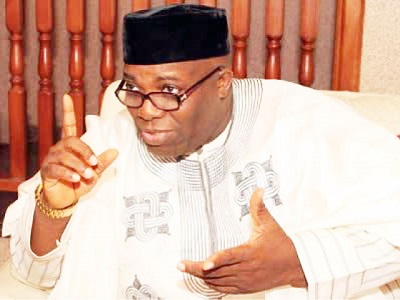 Doyin Okupe, a former aide to former president Goodluck Jonathan has said that the immediate past governor of Lagos state, Akinwumi Ambode will still rule the state.

According to the former presidential aide, Ambode who failed to get the ticket of the Lagos state All Progressives Congress(APC) for the 2019 governorship election in the state, is an “extraordinary, dutiful & diligent performer.”

Okupe who said this in a tweet on Sunday morning added that although Ambode may be a bad politician, he believes the ex-governor has learned his lesson.

He said: Former Gov Ambode is not my friend. I called him but he never once picked my call. Yet I sincerely believe he is an Unsung Hero. An extraordinary, dutiful & diligent performer. He may be a bad politician, I believe he has learned his lesson. Ambode will still rule Lagos again if the Lord tarries.