Celebrity blogger, Noble Igwe has called out former big brother Nigeria housemate, Teddy A over his comment, on the rape allegation against Pastor Fatoyinbo by Busola Dakolo. 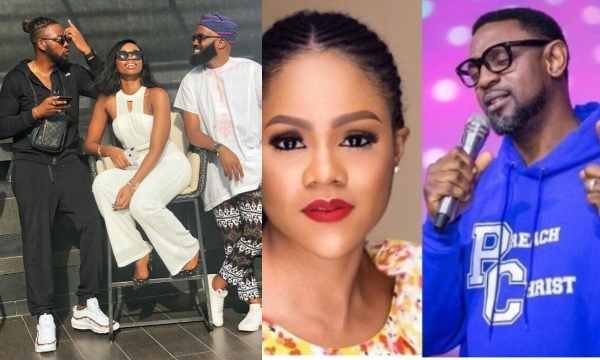 The reality TV star had spoken out on the matter by pointing out that there are two sides to a story, indicating that people should also listen to Pastor Biodun Fatoyinbo’s tale.

TeddyA affirmatively stated that he was not discrediting Busola Dakolo’s story, as he asked for the law to take its course.

This statement did not go down well with Noble Igwe, who expressed that TeddyA should not say something like “there are two sides to a story.” 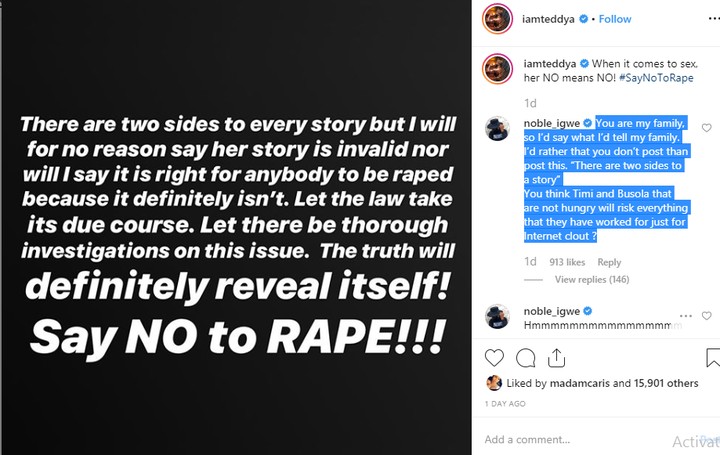