Manchester United have completed a five-year contract deal for the 21-year-old Aaron Wan-Bissaka from Crystal Palace. 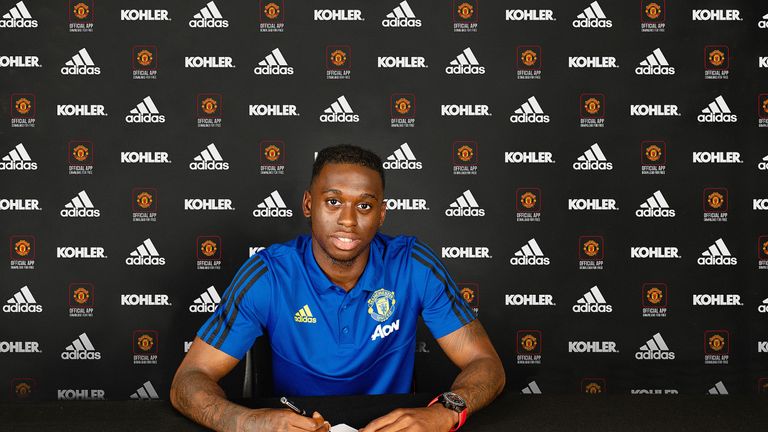 The Red Devils announced the signing of 21-year-old defender Aaron Wan-Bissaka from Crystal Palace in a £50million deal.
ALSO READ: Kim Kardashian Gets Blasted By The Japanese For Calling Her New Underwear Brand ‘Kimono’
Wan-Bissaka is the club’s fifth-biggest signing, behind Paul Pogba, Romelu Lukaku, Angel di Maria and Fred.
The England U21 international becomes Ole Gunnar Solskjaer’s second signing of the summer with the player himself earning more than £80,000 a week.
Wan-Bissaka in a press briefing said

“It’s an unbelievable feeling and an honour to call myself a Manchester United player and something I know that only a small number of players have the privilege to say,” he told Manchester United’s website.

“I can’t wait to get going and integrated into the squad. I will have a short break now after the European Championships but I’m looking forward to starting training with the manager and my new team-mates on the pre-season tour.”