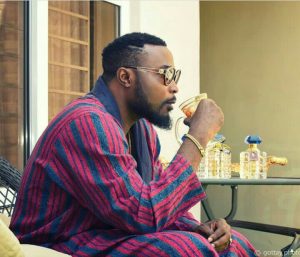 ALSO READ: “Rema Is My Favourite” – Wizkid Reveals Amidst Heated Comparison With Rema

The popular businessman took to Instagram to share a photo of the controversial pastor and lengthy write-up where he attacked the singer and his wife. He stated that the couple were trying to conspire against the pastor because they want to cash in on the matter. He also declared his solid support for the COZA pastor.

He stated that Timi Dakolo and his wife are not saints because Busola got pregnant for Timi out of wedlock. It did not end there as he said that the couple has a lot of skeletons in their cupboard. He also charged people to deal with cyberbullying and vague social media allegations as he called the couple ‘scapegoats’.