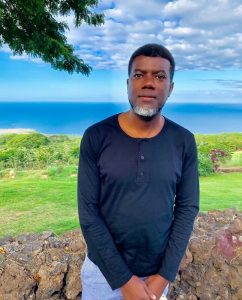 Reno Omokri, who is an ordained pastor had criticized the style of the praying of so many Nigerian churches, who he says keep asking for a “louder amen”.

Omokri, a political analyst and social media commentator said in a tweet on Friday, he wonders if the ” loudness of the amen” increase the potency of the prayer”.

He went on to state that the fastest prayer that was ever answered in the Bible, was a silent prayer by the “woman with an issue of blood”.

He tweeted: I can’t understand why Nigerian churches ask for a ‘louder amen’. I don’t get it. Does the loudness of the amen increase the potency of the prayer? The fastest prayer ever answered in The Bible is the SILENT prayer of the woman with the issue of blood #FreeLeahSharibu #RenosNuggets