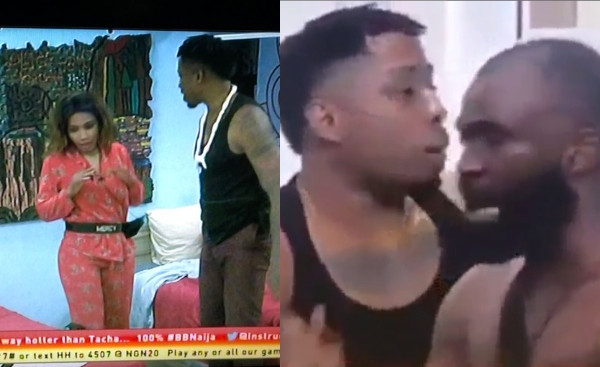 Last night’s party at the Big Brother House, as expected, witnessed another drama and this time, it involved Mercy, Gedoni and a drunk Diane.

Gedoni and his fellow housemate, Mercy got into a heated argument after she saw he had used a phone to record a drunk Diane after the party.

Things got out of hand after he dared Mercy to fulfill her threat of smashing the phone.

Mercy did smash the phone and stated she regretted not smashing it on Gedoni’s face.