A security expert, Mr Aye Dee has opined that contrary to popular belief, the deputy commissioner of police, DCP Umar Bellel, who was shot dead in the Shi’ites and police clash in Abuja on Monday may have been hit by friendly fire from fellow police officers.

DCP Umar Bellel was shot in the head in the heat of the protest which saw a NEMA emergency station burnt down by protesters demanding the release of Sheik Ibrahim El-Zakzaky, the leader of the Islamic Movement of Nigeria.

According to Mr. Aye Dee, the graphic picture of the corpse of the deputy commissioner hints at the suspicion that he got hit by friendly fire.

“Not a forensic pathologist, and I’ve only seen ONE picture, but DCP Umar’s skull seems to have a small entry hole in the back and a huge exit hole in the front left, this indicates friendly fire from behind, except his back was to the Shiites, very unlikely he was shot by IMN.

“Furthermore, the fact that the bullet entered at the lower part of the skull and came out from a higher point, means the shooter was crouching, make of that what you will…” 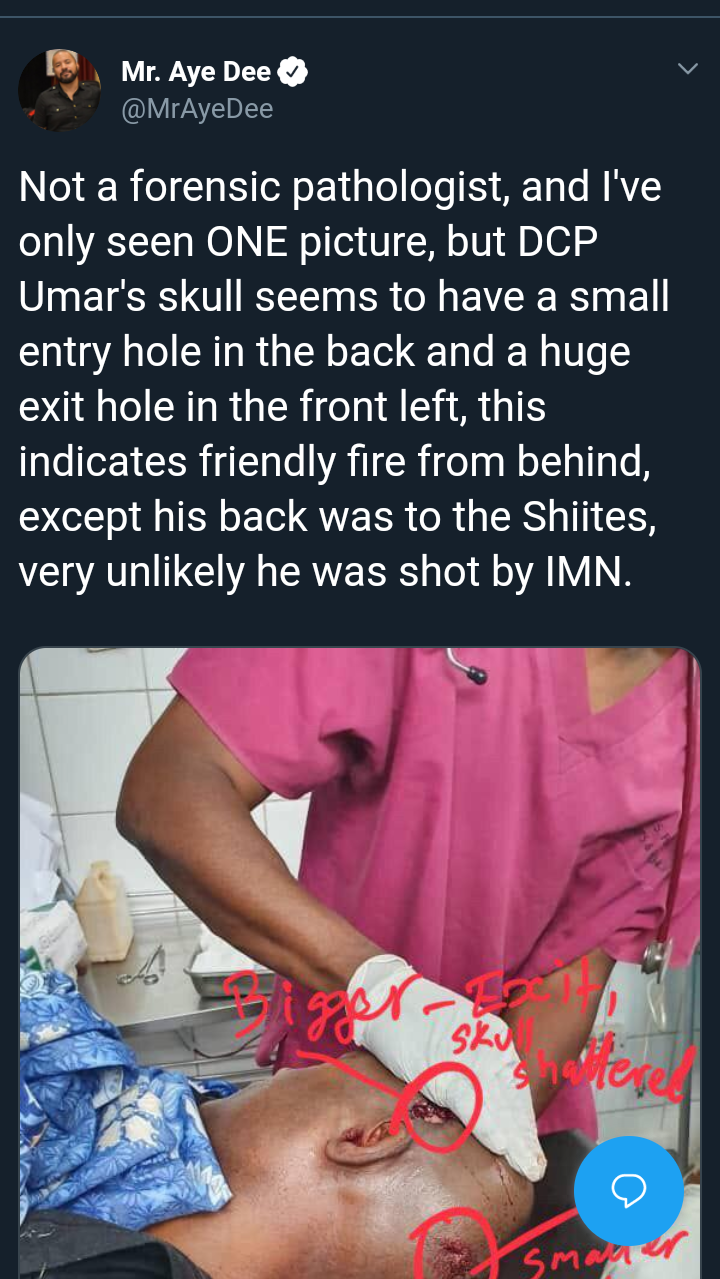 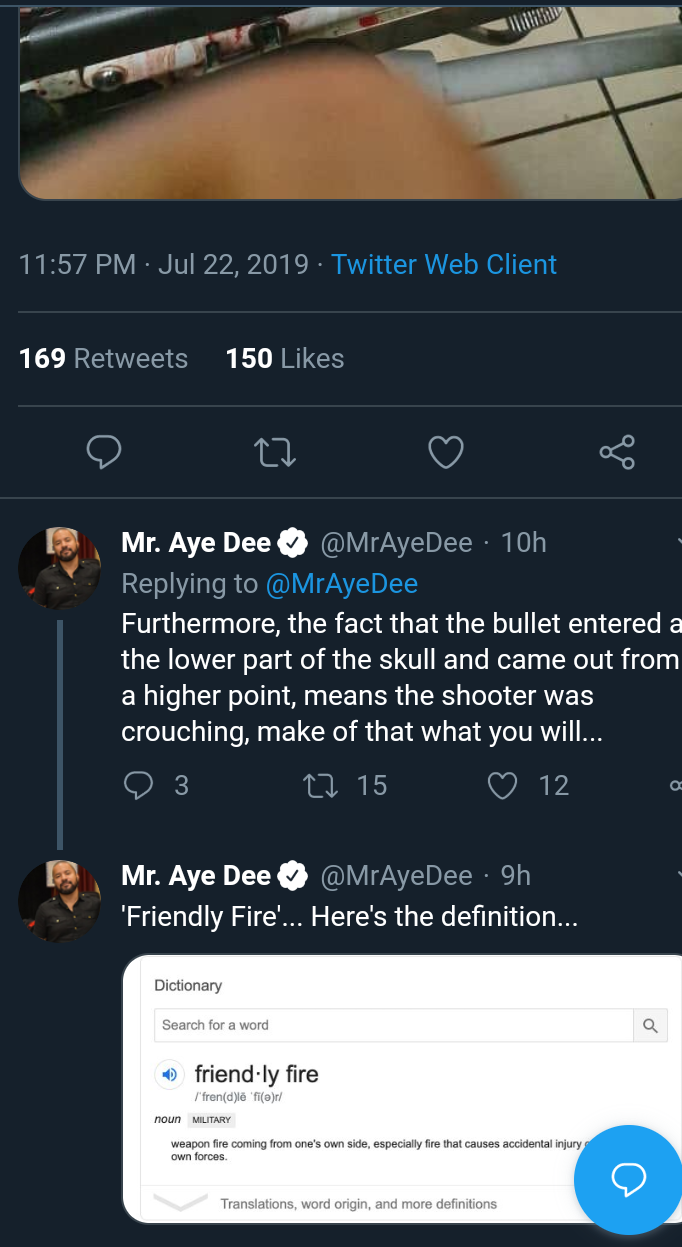