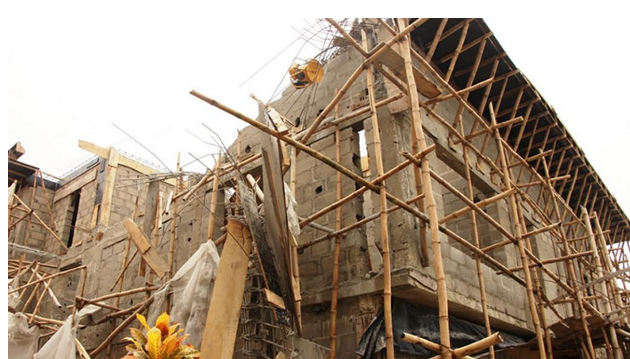 Four persons have been confirmed dead after a building under construction in Abraka, Ethiope East Local Government Area of Delta State collapsed.

According to reports, asides the 4 persons who lost their lives in the accident, many others are trapped in the rubbles.

The building reportedly collapsed while it was raining and workers rushed in to wait for the heavy rain to subside.

Confirming the incident, Delta State Commissioner of Police, CP Adeyinka Adeleke said; “The building collapsed but we have not been able to ascertain the number of people who are trapped. However, our men are on ground to rescue the victims and until we do that, I cannot tell you the number of those trapped.”