Undefeated champion, Floyd Mayweather has hit back at Manny Pacquiao after his demand for a rematch. 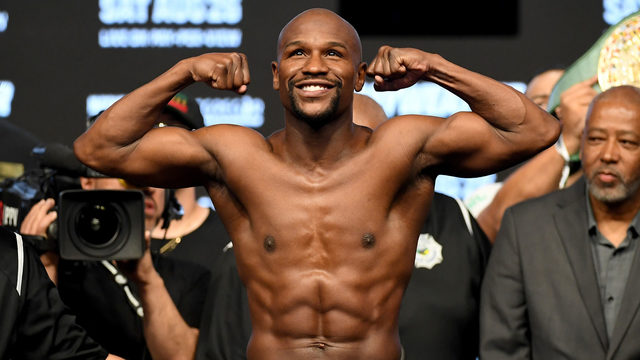 Pacquiao inflicted a first defeat on Keith Thurman last weekend, and his victory immediately led to calls for a second fight with Mayweather, four years after the American comfortably outpointed his long-time rival.

“I find it real ironic how every time Pacquiao’s name is brought up in the media, my name is always attached to it. This man’s entire legacy and career has been built off its association with my name, and it’s about time you all stop using my brand for clout chasing and clickbait and let that man’s name hold the weight of its own.” 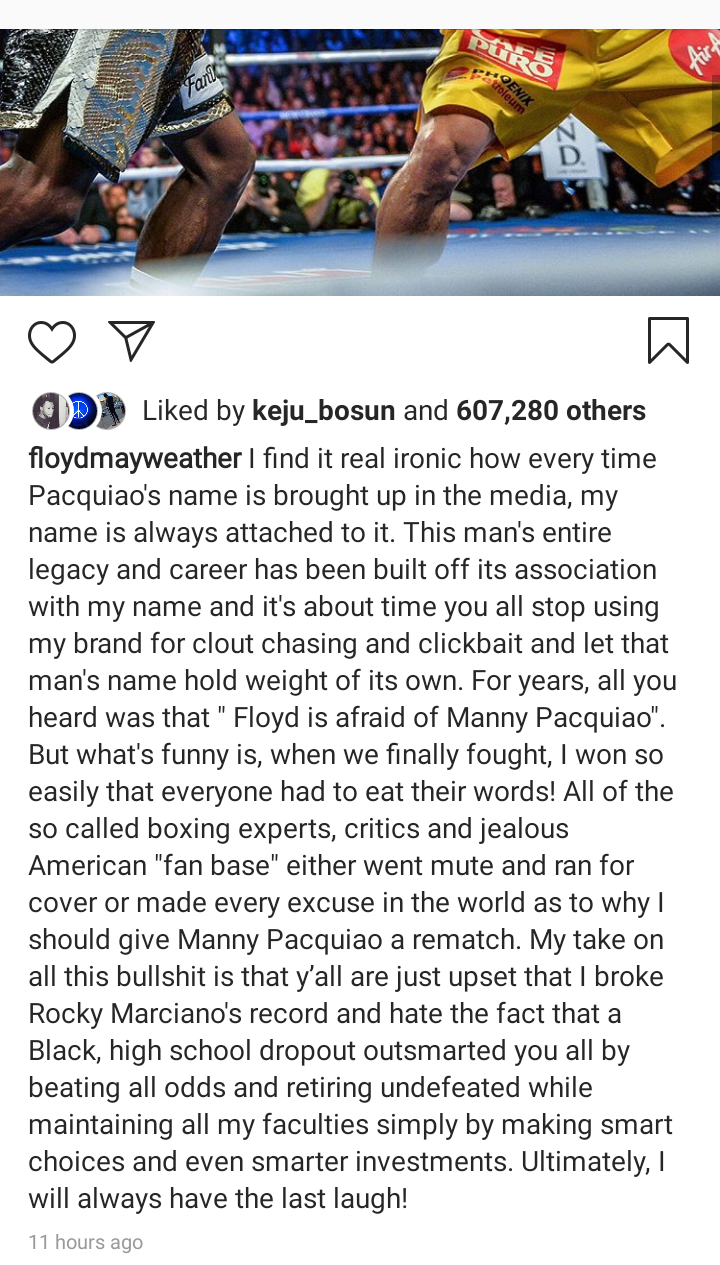 In another post, Mayweather wrote, ‘Let’s stick to the facts! Bob Arum is no longer your promoter, so when it comes to @mayweatherpromotions & PBC events I’m the HNIC!  Bottom line, I make more money than you; I beat you, then I signed you! I was only at your fight supervising you, my employee, as any real BOSS would do. You made $10Million for 12 rounds when I just made $9M in under 3 minutes playing around in an exhibition with a pizza delivery guy! I beat you mentally, physically, nd financially!  Remember, you fight cause you have to, I fight when I want to’. 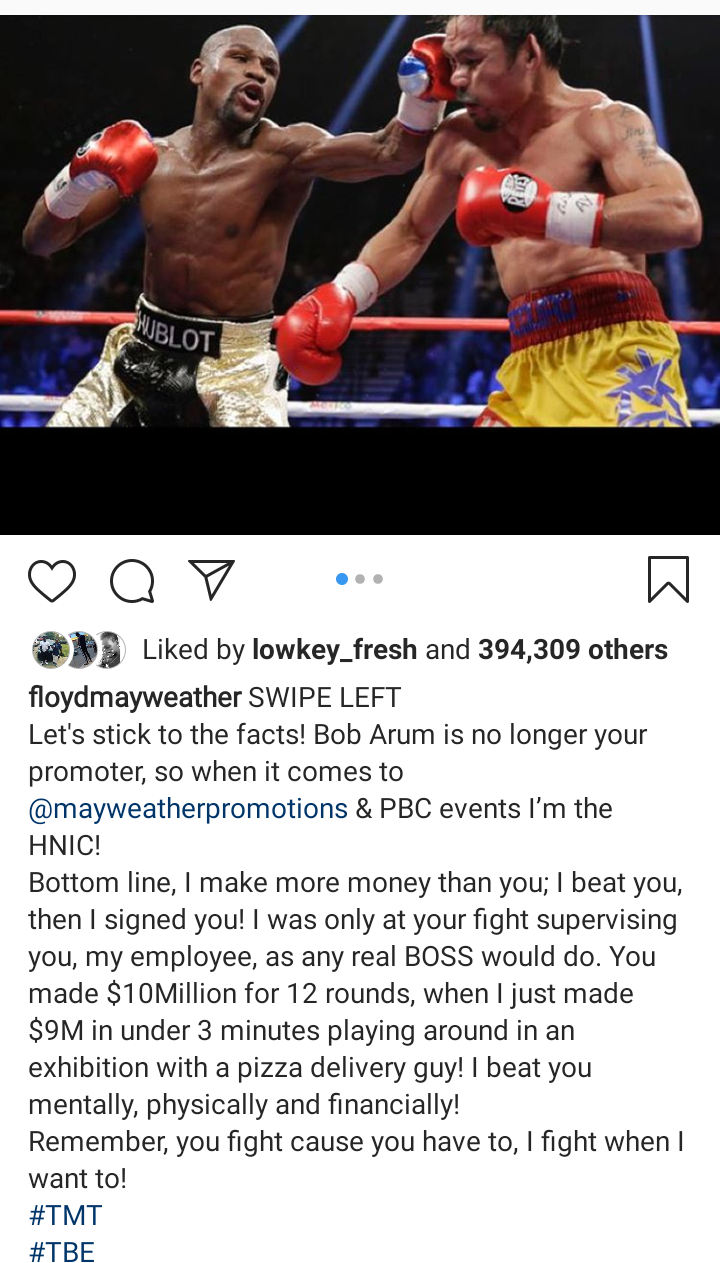