Makinde Azeez, the CEO of the popular music blog, Naijaloaded has slammed musician, Waconzy for alleging that the company is not promoting music.

A few days ago, Waconzy took to his Instagram to slam Naijaloaded over what he tags as exploitation, as he alleged that the site is uploading artistes songs without paying the artistes.

Also Read: I Have No Apology To Those Who Envy Me Because Of My Prosperity – Father Mbaka

Waconzy stuck to his accusation a few days later as he claimed that he had reported Naijaloaded to Google Adsense for piracy. 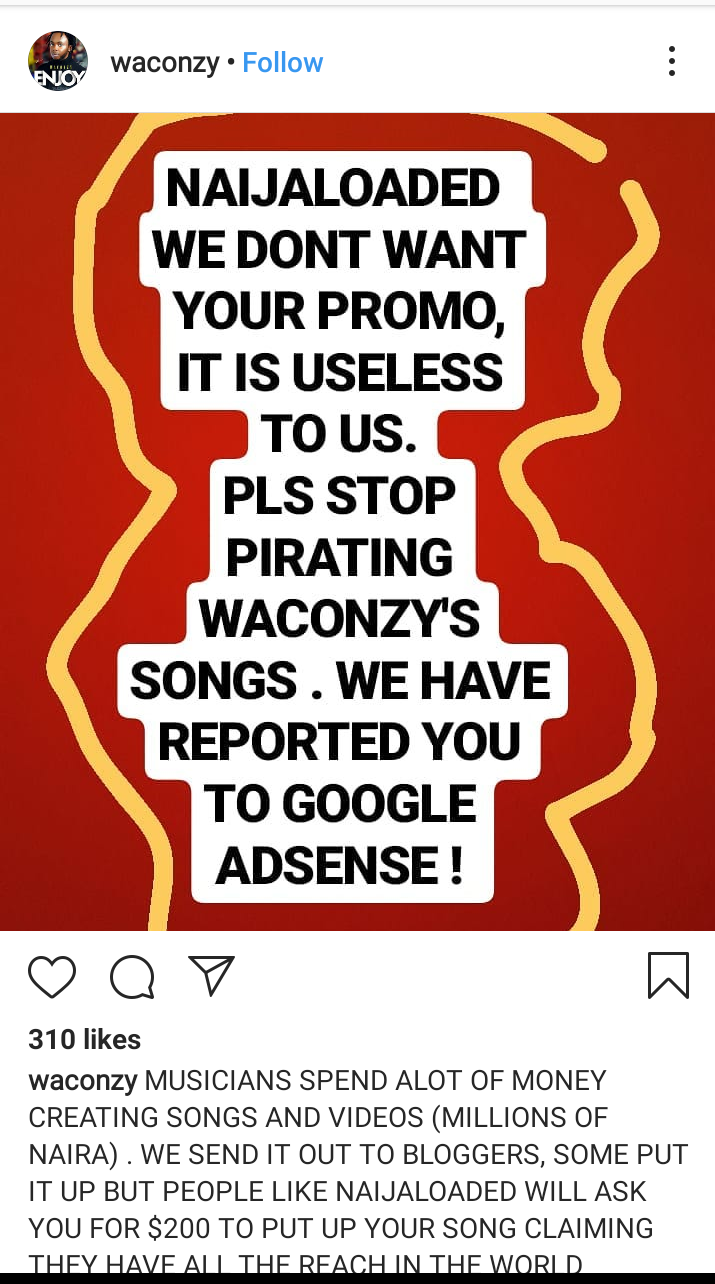 Reacting to this allegation, Naijaloaded boss, Makinde Azeez sent a message to Waconzy as a warning as he threatened to reveal ‘secrets.’ 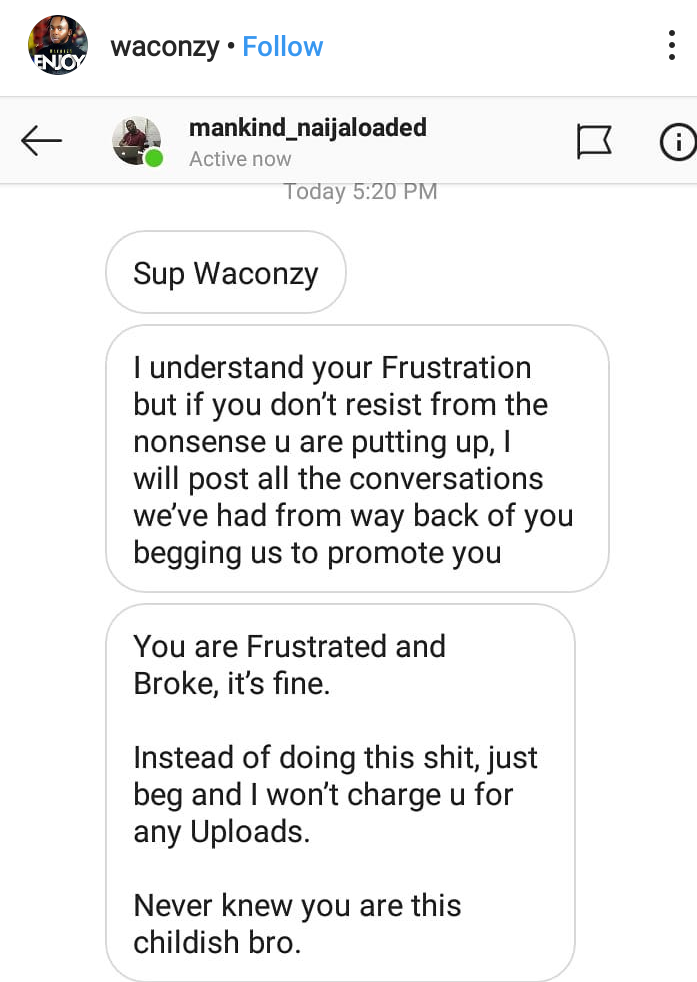