Controversial South African socialite, Zodwa Wabantu is currently trending online after she made a wrong move on stage during an event.

The controversial pantless dancer, who recently had a vagina tightening procedure, gave some of her fans the opportunity of getting closer to her by jumping into the crowd, a move which was captured.

In the viral picture, a male fan was seen reaching for her private parts while another was seen going for her boobs.

The controversial media personality recently tendered an apology to the South African LGBT over an offensive comment she made on her reality show. 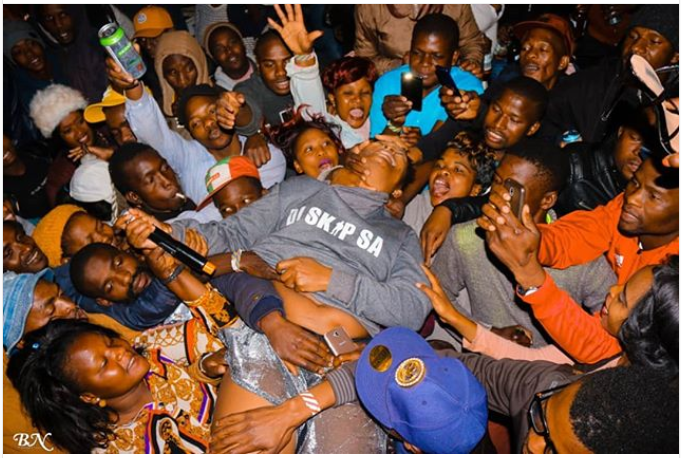