Two days ago, reports surfaced online that a Nigerian mother and her kids were spotted outside a building claimed to be the Nigerian Embassy in Munich, Germany.

The woman and her kids had reportedly travelled to Munich from Berlin to renew their passports but were told to come back the following day due to their late arrival at the embassy.

The woman, in a bid to make it on time the following day, resorted to sleeping outside with her kids.

The Nigerian Embassy in Germany has reacted to the viral news via a statement released a couple of hours ago.

Read the statement from the Embassy below: 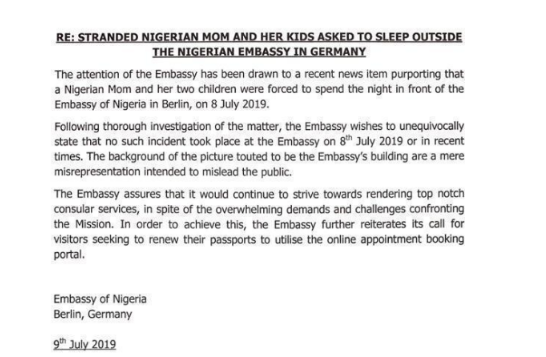