Don’t you just like this couple? They are known for their witty and sarcastic response to issues thrown at them.

Simi and Adekunle Gold got each other’s back, anytime.

Adekunle Gold took his twitter handle to beg his fans to help in making his new single ‘Kelegbe Megbe’ popular, and the fan slammed the alternative singer.

The fan pointed out that it is only when they want to promote songs they remember their fans. (hmmm!)

Simi, who was watching the whole drama unfold from a distance, took to the defence of her heartthrob as she slammed the fan.

See the drama below: 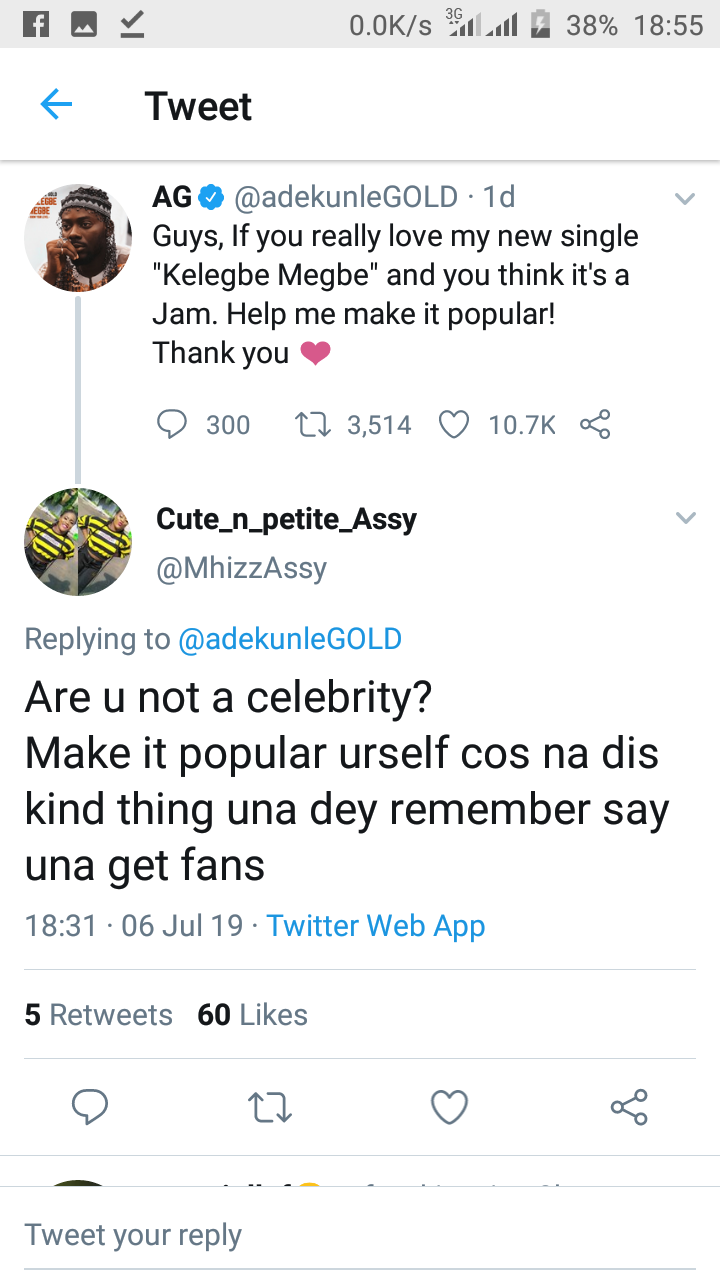 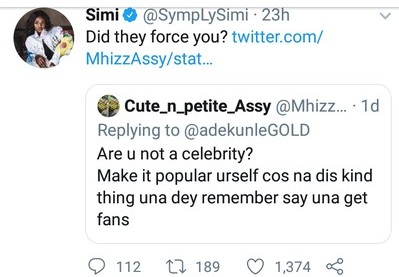