Adamawa North District senator, Senator Elisha Abbo has reacted to the viral video of him assaulting a nursing mother in a sex toy shop in Abuja. 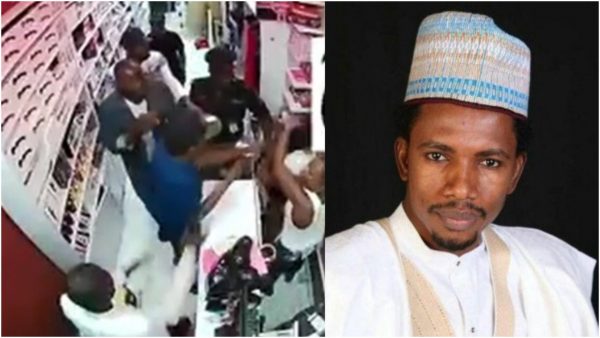 ALSO READ: Senator Abbo: Ganduje Should Be In Prison Too, They Were Both Caught on Video Committing a Crime

The Peoples Democratic Party (PDP) lawmaker was seen in 5-minute video footage of him repeatedly slapping a pregnant woman after she pleaded he stops harassing the shop owner.

The assault was reported to have happened on May 11, 2019, nearly three months after he became Senator-elect.

Abbo, who is the youngest senator in the ninth Assembly, has however responded to the video, saying he was not a senator at the time of the incident and claimed the footage was doctored.

“There is a video of me on social media. Let me state very clearly that when it happened, I was not a senator. It happened a long time ago.

“There is an aspect of that video that they took off. They didn’t show where my sister who accompanied me there collapsed and had to be rushed out in an ambulance. But we will provide our own response soon,” Abbo said.