Popular Nigerian singer, Wizkid’s second baby mama, Binta Diamond Diallo has reacted to the domestic violence allegations leveled against him by his third baby mama, Jada Pollock just a day after his birthday.

Information Nigeria recalls Jada Pollock on Tuesday revealed that she has cut ties with the singer and will no longer be his manager over domestic violence meted out against her.

Pollock shared a lengthy write-up, noting that the two have been in an abusive relationship in which she has been covering up for him for years and can no longer keep quiet about it.

The singer’s Guinea-born second baby mama, who seems somewhat entertained with the drama, was among the first people to react to the domestic violence allegations.

“Karma is a bitch ain’t it” 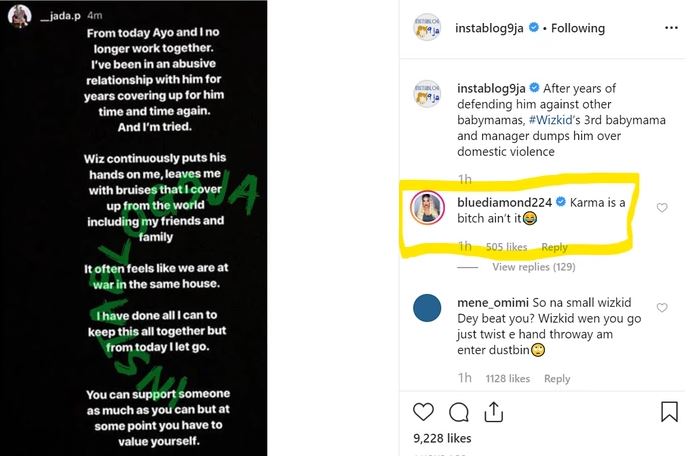