Ten housemates were up for possible eviction last week. 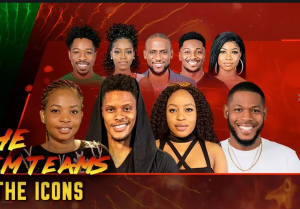 Team Icon was up for automatic eviction after the team lost their game against team Cruisetopia. The Housemates were Khafi, Cindy, Tacha, Ike, Frodd, Omashola, Elozonam, Joe and Enkay.

The housemates with the least votes, Joe and Enkay, were evicted from the house on Sunday.

Below is a breakdown of how viewers voted: 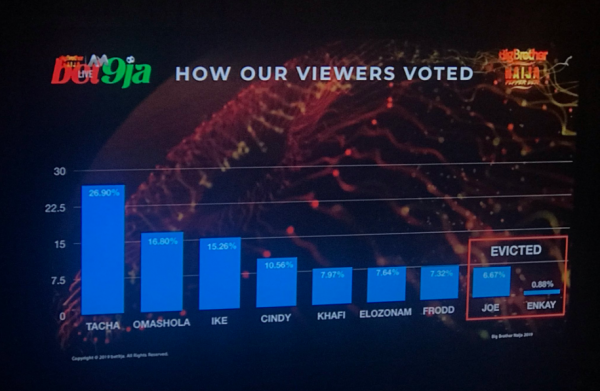 READ ALSO: BBNaija 2019: ‘If I Have Sex Before Marriage, I’ll Die’ – Diane Explains Her Virginity

Nomination resumes today, while voting commences at 7:30 pm after the nomination show.