Popular activist, Reno Omokri has contributed to the ongoing conversation generated by Maraji’s post of Jesus being the only way to heaven.

The popular critic of President Buhari stated that Jesus is not God. Recall that the former Presidential spokesperson said Maraji was partly right in her claim of Jesus being the only way to God.

He also claimed that the Europeans changed Yeshua to Jesus with an occultic agenda. In his rejoinder post to claims made earlier, Reno Omokri added that Jesus is not God but only came to show us the way to God.

Let me shock you. Yeshua came to show us the Way to God because He, Yeshua, is the ONLY Way to God. He is the everlasting Melchizedek High Priest. The Mediator between God and man. But He is NOT the Almighty God. That is a European concept.

Yeshua never claimed to be God. Many Christians read John 1:1 in The Bible (not the Scriptures) and use that to claim that Yeshua is God. I will urge you to get the original Greek Scriptures (see the attached picture) and even if you can’t read Greek, just study that verse. This is the verse in pure Greek (?ν ?ρχ? ?ν ? λ?γος, κα? ? λ?γος ?ν πρ?ς τ?ν θε?ν, κα? θε?ς ?ν ? λ?γος). Here is the verse in Latin, which may be easier for laymen (In principio erat Verbum, et Verbum erat apud Deum, et Deus erat Verbum). Notice the words DEUM and DEUS are used to describe the first and second mention of God.

Although you may not be able to read the Greek, what John 1:1 says when translated without changing the words used for God is this “in the beginning was the Word and the Word was with Theon and the Word was Theos”. The original Scriptures did not use the same word for the first mention of God and the second mention. The word used in the first mention is THEON (which refers to the Almighty. The word in the second mention is THEOS which is what is used to refer to Yeshua.
This is why Scripture says “my people perish for lack of knowledge”-Hosea 4:6.
#YeshuaNotJesus 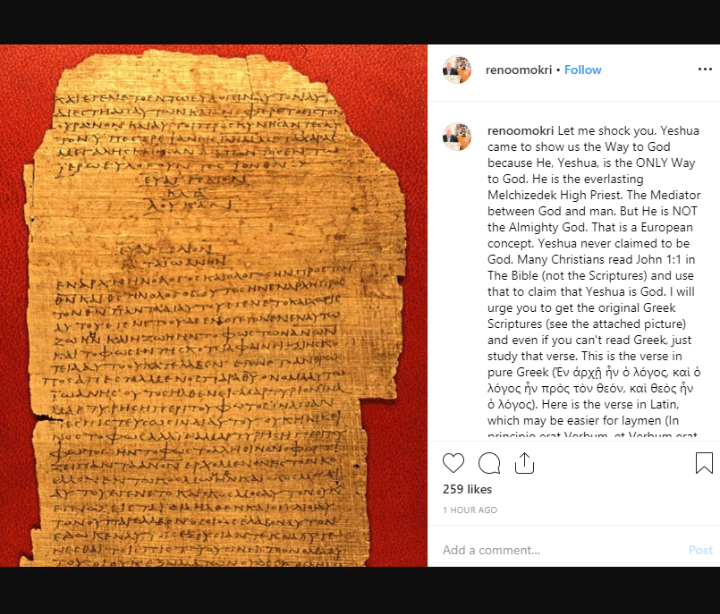 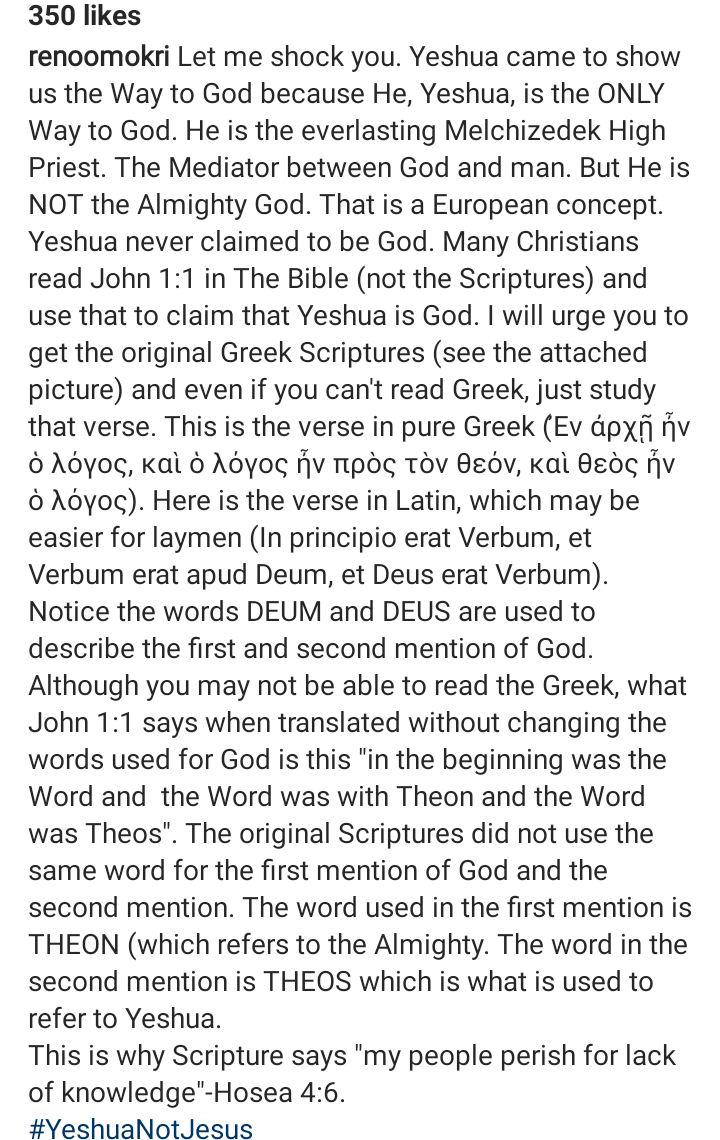