TV host and artiste VJ Adams has joined the list of people coming for IG comedian Maraji over her stance on heaven and how one makes it.

Maraji made news after she took to social to state that Jesus is the only way to Heaven.

ALSO READ: Instagram Comedian, Maraji Reveals How Much She Gets Paid For Skits

Her post irked many to include Adams who is a Muslim who not so long after took to his Instastories to attack her. First referring to Maraji as ”GuruMaraji”, he went on to call her Oponu which means fool in Yoruba language. See his post below 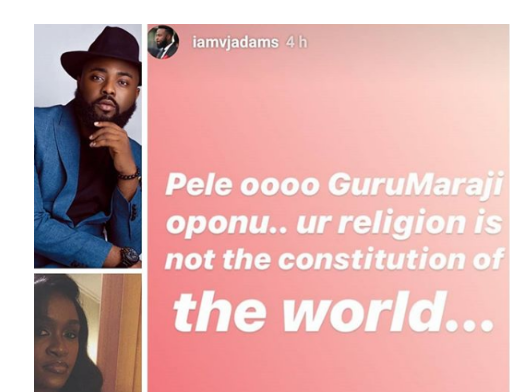