Joro Olumofin, a self-acclaimed love doctor, has shared the interesting story of a young man who said he slept with his friend’s housemaid and loves her pussy so much but doesn’t have money to move the girl out of the friend’s house.

In the story, the man who claims to be a corps member shared that he visited the friend’s home one day and he was not around, met the house girl at home and they ended up having sex.

He further shared that he loves the vagina so much as he compares it to the best he has seen in his life.

He is now contemplating selling off some furniture from his parent’s house so that he can move the girl out of the friend’s apartment. However, he wants to know if it is worth it because he is broke and the furniture appears to be his only hope. What do you think??? 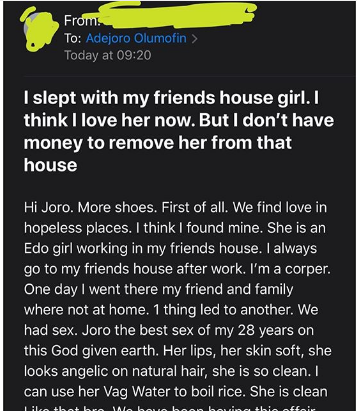 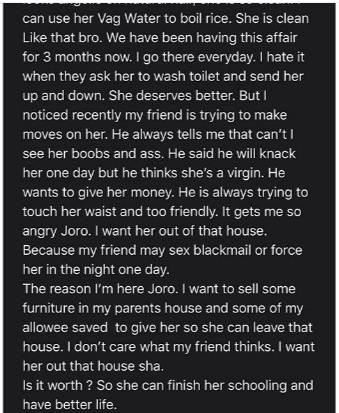