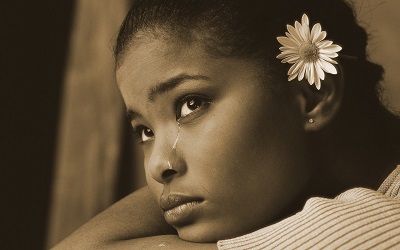 No one sets out in life to be a single mother and be saddled with the sole responsibility of raising a child(ren) alone.

However, life sometimes throws at us, burdens that we are forced to take up, giving us very little or sometimes no choice.

These were the words of Wura Olaitan (pseudonym), a single mother of two kids who juggles between a day job as a fashion designer and a freelance writer at night for some organisations who require the services of a copywriter.

Being a single mother is tough, you get blamed by everyone; your family, your friends, society and sometimes the kids that you’re struggling to cater for, she stated with an unreadable expression.

People are quick to dismiss you as a vile bitter woman who couldn’t keep her marriage or a loose promiscuous woman who went ahead to have a child for a man out of wedlock.

Does anyone ever bother to ask, how the woman who singlehandedly carries her burdens and those of her wards on her back, walking doggedly sometimes, and other times wobbling through life with the sole realisation that this is her cross and she has to carry it or die trying?

Why do women mostly have to bear the brunt of a failed marriage or relationship? Why does society never hesitate to reach for its horsewhip and mercilessly flog the woman whose husband left or whose man blatantly refused to take responsibility?

Read Also: Inside The Sordid World Of Child Hawkers In Lagos

Why are fingers quickly pointed at a woman who has been handed the crown ‘singer mother’? With these question resonating in mind, I set out to speak with a few women, who have had to walk out of a marriage or a relationship that has produced a child or more for reasons no one but them would truly be able to understand.

Wura, a graduate of English from the University of Lagos, said like every young woman, she had hoped to settle down with her prince charming and have a fairy tale marriage, but sadly for her, that never happened.

She recounts that she met Feyi (not real name), the father of her sons shortly after graduating from Unilag in 2011 and by 2013, she found herself pregnant with her first child, worse of all, unmarried to the love of her life.

“I tried to talk him into having a wedding even it was a small one but he kept saying there was no money. Although he had a job, I knew he would have to save aggressively for us to have a wedding, no matter how small. I didn’t have a job as I had just finished my NYSC. I loved him and he loved me too, so we agreed that we would move in together and have a wedding latter when we are financially better.

“To cut the long story short, the wedding never happened as living together did more harm than good. We found out that we are incompatible as we were always arguing and fighting.”

She says by the time the baby was born, they were already out of love for each other and knew there was no way she would spend the rest of her life with the man she once loved with so much passion.

“I quickly became pregnant for my second child because I didn’t want to carry the name of one who will have children for different men.”

The relationship, she says, ended in 2017, with both of them walking out and not looking back, even though they have two young children together.

With a society such as this, an average Nigerian would first drag a single mother through the mud, straight to hell and back before availing them the benefit of humanity.

Names like ‘old cargo’, ‘after one or two’ as the case may be, are thrown at them without recourse while the men with whom they had the child(ren) enjoy total liberty from castigation and backlash.

The stigmatization that comes with being a single mother in Nigeria is something that higher authorities must look into.

In Lagos, for instance, many house owners would categorically state that they do not rent out their apartments to single women or single mothers for reasons that would leave a sane mind disturbed for days.

Among fellow women, they have to bear the excruciating trauma of being looked down or segregated against because unlike them, they do not have the golden ring on their finger or answer the most ‘sacred’ title ‘Mrs’.

Stella Ogunbiyi, a single mom told Information Nigeria that she has “had to wear a wedding ring to my son’s PTA meeting at school severally just to avoid any form of unnecessary questions or assumptions.” the sad part is, she said with a clear sign of pain in her voice, its a fellow woman that would play the lead role in administering the verbal abuse or mental torture.

We can not also forget to mention how some families would kick, threaten fire and hell if their son falls in love with a single mother.

Sometimes the brave men, who damn all consequences and go ahead to marry these ‘unholy women’, risk being disowned, ostracised or have their inheritance cut off.

Has it always been like this or did this culture of ‘condemning’ single mothers start in this generation?

Information Nigeria, in order to get a clearer picture,  conversed with an older Nigerian woman in her sixties. It would amaze you to learn that the ‘shaming’ and ‘lambasting’ of single mothers date back to generations before this one.

Rose Odiase, a 61-year-old woman from Egor LGA in Edo state, who resides at Aguda, Surulere says when she was a young child, the scene wasn’t pretty much different from what obtains today.

She recalls how older aunties who had children from a failed marriage where nicknamed “women whose husband’s house were too small to contain”(literarily put).

Although she says single motherhood wasn’t as rampant in her days as a younger person because women were made to remain in their marriages, whether good or bad.

According to her,” my grandfather, for instance, made it really clear to his daughters that once a man took them as a wife, the contract was binding for life, no matter what.”

On whether her grandfather would make his child stay in a very volatile and abusive marriage just because he has a laid down principle, Odiase says “except the man is so terrible to the extent that my grandpa’s shock absorber wears off on the matter. Only then can a daughter return to his house with her kids and raise them there.”

However, the shaming, she says remains as the community will continue to haul all sorts of condescending names at the woman raising her kid(s) without their father.

From the chat with her, it became clear that not much has changed since her time – if, for anything, things have grown from bad to worse.

It appears women may have to choose between society’s backlash with regards to raising a child(ren) without their fathers or stay in a marriage or relationship to avoid backlash.

Or society may soon adjust and accept that not all relationships or marriages will have happy endings and single motherhood is not an abomination as they have chosen to label it.

Where would the pendulum swing? Only time shall tell.