Home Entertainment Leaving Your Home And Getting Back Safely Is An Underrated Blessing: Timaya
Facebook
Twitter
WhatsApp

Popular dancehall singer, Timaya also known as Papichulo says leaving your home and getting back safely is such an underrated blessing.

The singer was recently involved in a bust-up with fellow celebrities after accusing them of wearing fake designers.

Leaving your home and getting back safely is such an underrated blessing. 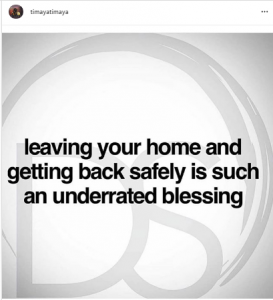