Home Entertainment I Have Been Good To You And Your Family, Solid Star Calls...
Facebook
Twitter
WhatsApp

Popular Nigerian singer, Solid Star has called out his former record label Ossyachievas stating that he has never been nothing but good to his family and himself.

He added that the former boss wants to see him sad inspite of all he has done for him.

Speaking via his official Instagram page, he added that the table would soon turn around.

It still remains unknown what happened between the duo at the time of this report.

Ve been nothing but good to you and ur family from day 1, but you want to see me sad, the table will turn at the end @ossyachievas 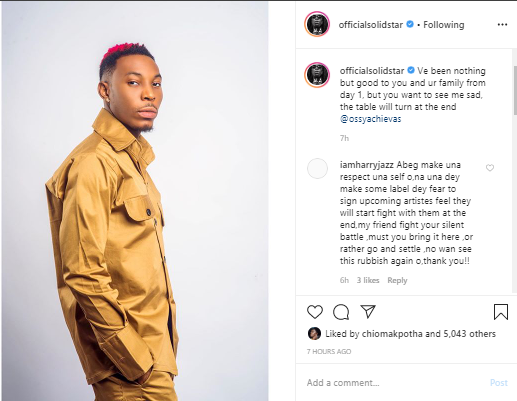