Nollywood actress, Mercy Aigbe has sparked controversy on social media in her attempt in advising women on how to keep their men during this love period.

The actress irked a lot of her fans when she proceeded to advise single ladies who are dating married men.

According to Aigbe, all single ladies who are dating married men should concentrate on collecting money from those men since the men already belong to other women.

After the video dropped, fans attacked Mercy Aigbe for encouraging singe ladies to date married men instead of asking them to desist from the act.

So that today is Valentine’s Day is longer news! But my own is shine your eyes oh! Henhen! Watch full Video on my YouTube channel…. click the link on my BIO to watch 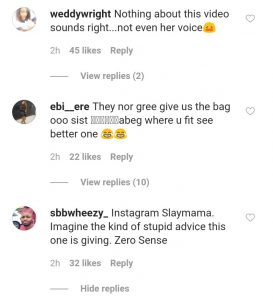