The Alaafin of Oyo, Lamidi Adeyemi, has written to the Ekiti State Governor Kayode Fayemi, over a recent query sent to 16 monarchs in the state.

In the letter, the respected monarch pointed out to the governor that the Yoruba race is different and as such he should not follow the step taken by Umar Ganduje, Kano state governor, in dethroning Emir Sanusi Lamido.

“Let me start by saying that the sacrosanct of the Pelupelu that grades the sixteen crowned obas in Ekiti land is not in doubt. Suffice to say Your Excellency that in any human society and more so in Yoruba Land, order of hierarchy and seniority are of vital consideration in position placement.

“From time immemorial, Obaship leadership in Ekiti Land had been within the sixteen Obas without any dispute or quarrel among them and indeed to the admiration of other Yoruba kingdoms.

“It was therefore with total displeasure and indeed total discomfort that we learnt of Your Excellency’s neglect of the hierarchical order by appointing a subordinate Oba as the Chairman of the Council of Obas and Chiefs in the State over and above the recognized order.

“It is in this note that I along with my fellow Traditional Rulers across Yoruba Land feel very sad that Your Excellency issued a query to the sixteen Ekiti Crowned respected Traditional Rulers of high esteem in Yoruba Land for not bowing their heads to their subordinate by not attending the council meeting under their subordinate. That exercise and without mincing words is to say the least sub judice.

“It is on this basis that we will advise against any attempt to treat traditional institution in Yoruba Land with levity and to avoid any attempt of importing any subculture of traditional degradation into Yoruba Land. Your Excellency as one of the beneficiaries of the legacy bequeathed by these Kings of Yoruba history is now embarking on an exercise that will rubbish the contributions of your ancestors.

“Finally, as fathers, we should like to advise Your Excellency to tread softly any relationship with traditional institution in the name of Oduduwa and our other ancestors in Yoruba Land. Let us employ diplomacy to settle this issue. We have the mechanism of conflict resolution in ways of our ancestors.” 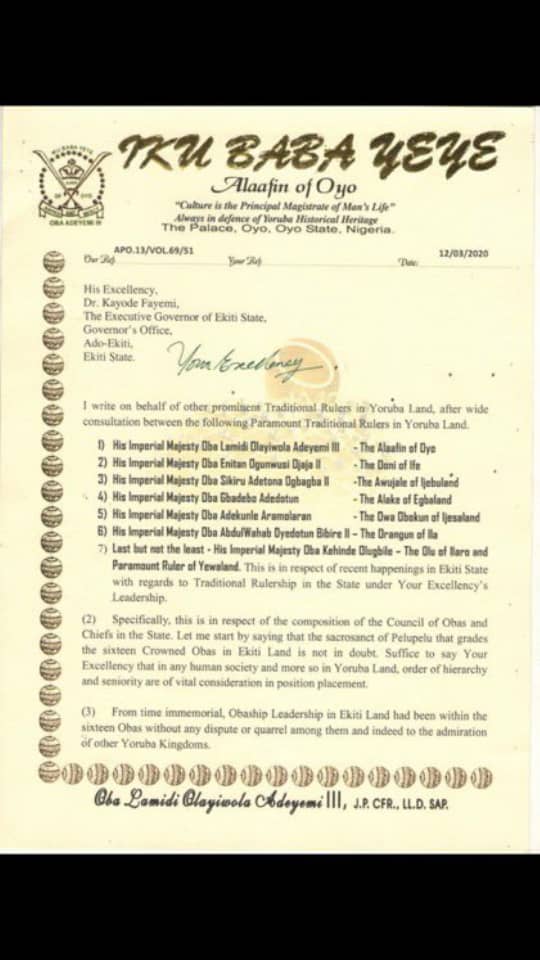 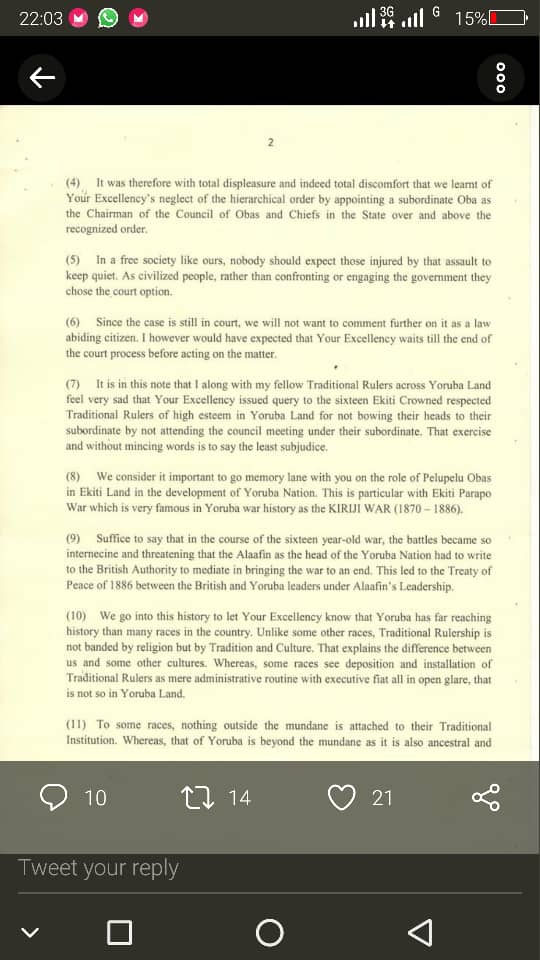 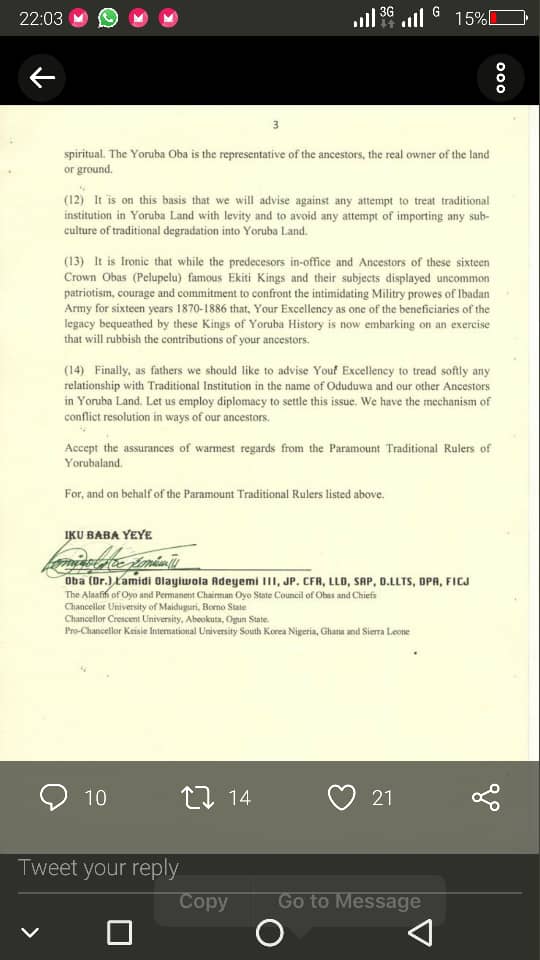