The singer would headline the ‘Fresh Island’ musical festival ahead of his Nigerian counterpart, Wizkid also known as Ayodeji Balogun.

Recall that the singer sparked outrage in 2019 when he was billed to perform at the Coachella but fumed that his name was written in small fonts. Well, we say congratulations to the Grammy-Nominated singer on this one.

Fresh Island Music Festival is slated to take place between 4-9 July 2020 at ZRCE beach in Croatia. 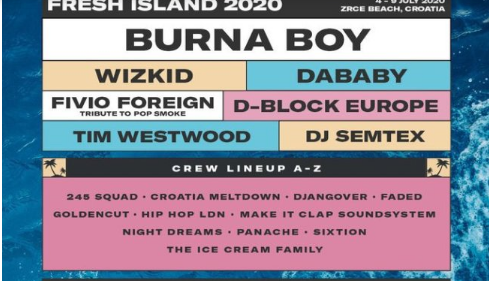