Popular Gambian actress, Princess Shyngle has finally opened up about her sexuality on her Instagram page. 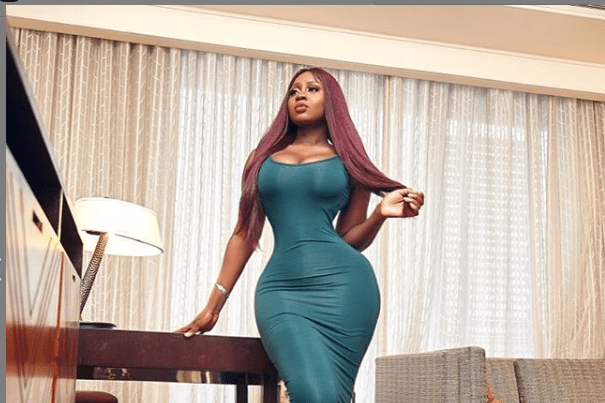 The actress revealed that she is bisexual, which means she is sexually attracted to more than one gender.

The curvy actress made this known to her fans during a rumour challenge which she had with her fans via the popular photo-sharing app.

The controversial celebrity asked her fans to ask her any question and she would respond if it is true or false.

A fan went on to ask the curvy Gambian actress if she is a lesbian and she responded that she isn’t a lesbian but she is bisexual.

The actress also revealed that she did not take out her ribs to get her banging figure and that she is very much married to her Senegalese beau, Frederic Badji.

See screenshot of her answer below: