Your Excellency, one of Nollywood’s highest-grossing movies by EbonyLife Films, creators and producers of Fifty, The Wedding Party movies, The Royal Hibiscus Hotel, and Chief Daddy, is now streaming worldwide on Netflix. 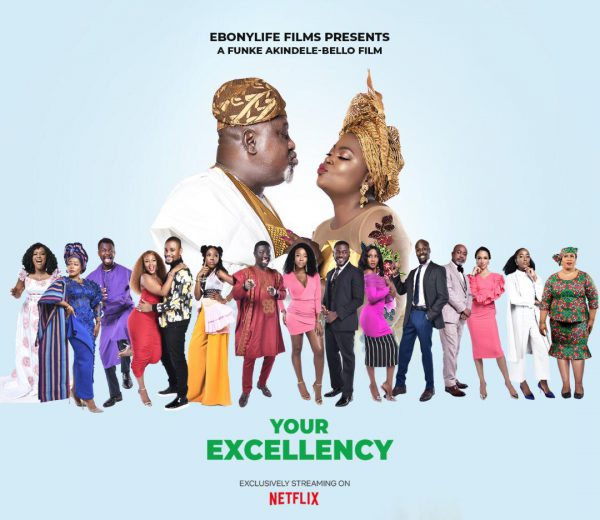 Your Excellency broke into the top 10 chart of highest-grossing Nigerian movies (at no. 8), earlier this year, becoming the fourth EbonyLife title to achieve this feat. It joins The Wedding Party, The Wedding Party 2, and Chief Daddy, which hold the top three spots on the all-time list.