This comes after Jebose reacted to a recent interview in which Nwoko revealed that he married actress, Regina Daniels and his other wives as virgins.

The US based writer blasted the billionaire politician, referring to him as ‘a fetish and a cultist’.

The lady accused the billionaire of evil doings and getting protection from the Ministry of Justice, Delta and Edo state police command.

Reacting to the post, Nwoko is seeking is seeking N2billion in damages from the online publisher over defamation of character.

This is contained in a writ of summons obtained from Effurun High Court, Delta State on behalf of Nwoko by his counsel, Ikhide Ehighelua and Co dated July 13, 2020.

Also joined in the suit No. EHC 99 as the second defendant is Prince Chukwunonso Nwoko identified as the employer and sponsor of the first defendant, Jebose, a native of Onicha-Ugbo in Aniocha North Local Government Area of Delta State, resident in the United States of America.

According to the suit, both defendants made highly defamatory publications in several online blogs and other social media platforms “calculated to reduce the estimation of the claimant” and damage his reputation in the public.

It stated that the malicious publications had continued unabated against the plaintiff in spite of warnings by his solicitors to the defendants.

Counsel to Nwoko also stated that the first defendant defiantly came out openly on the social media that the cautions would not be a deterrent to his defamatory publications, prompting the legal action.

The claimant had also sought in his favour, before the court a “public apology to be published by the defendants in at least two national daily newspapers circulating in Nigeria and social media platforms” as well as an order of perpetual injunction restraining the defendants from making any further defamatory publications against him. 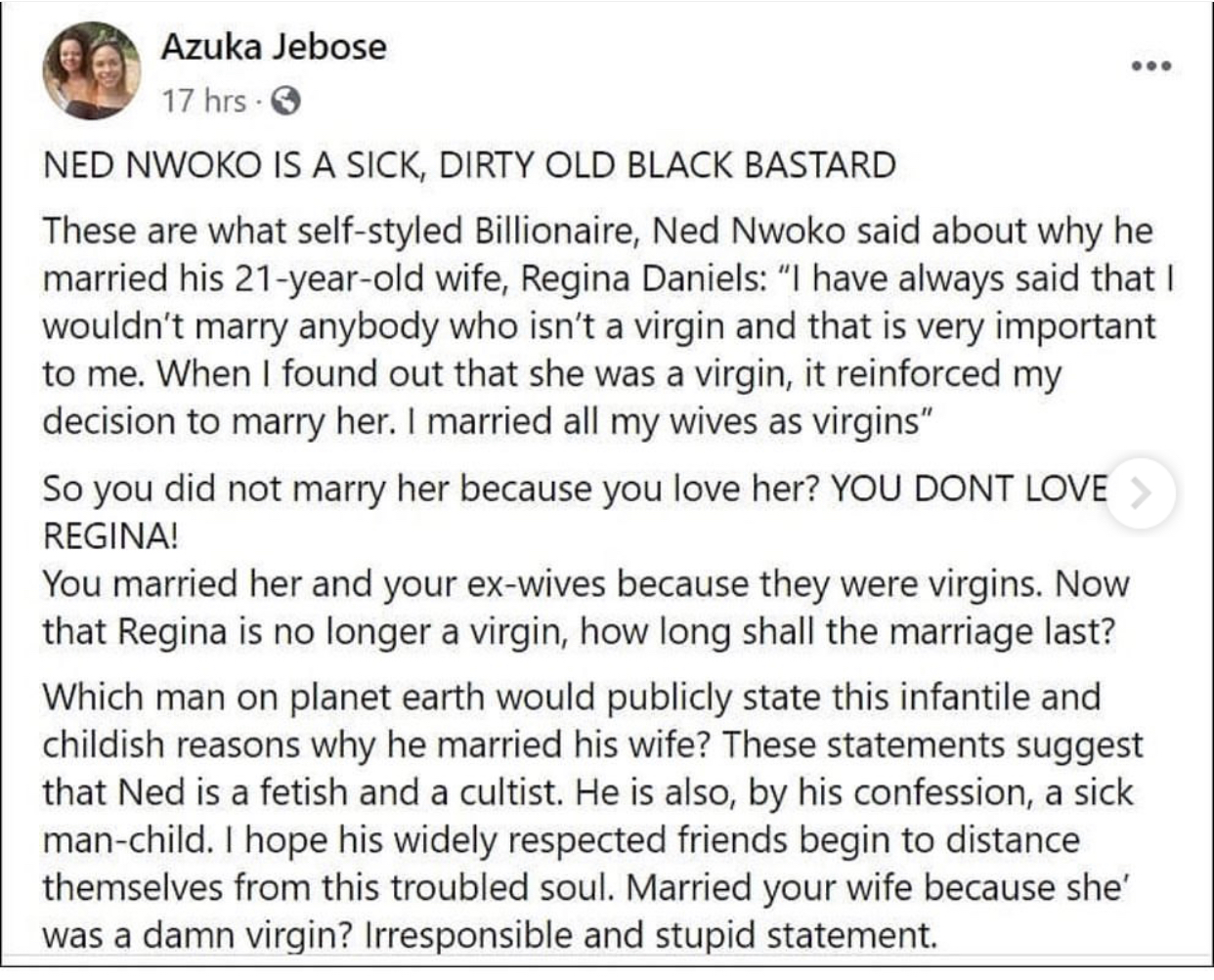 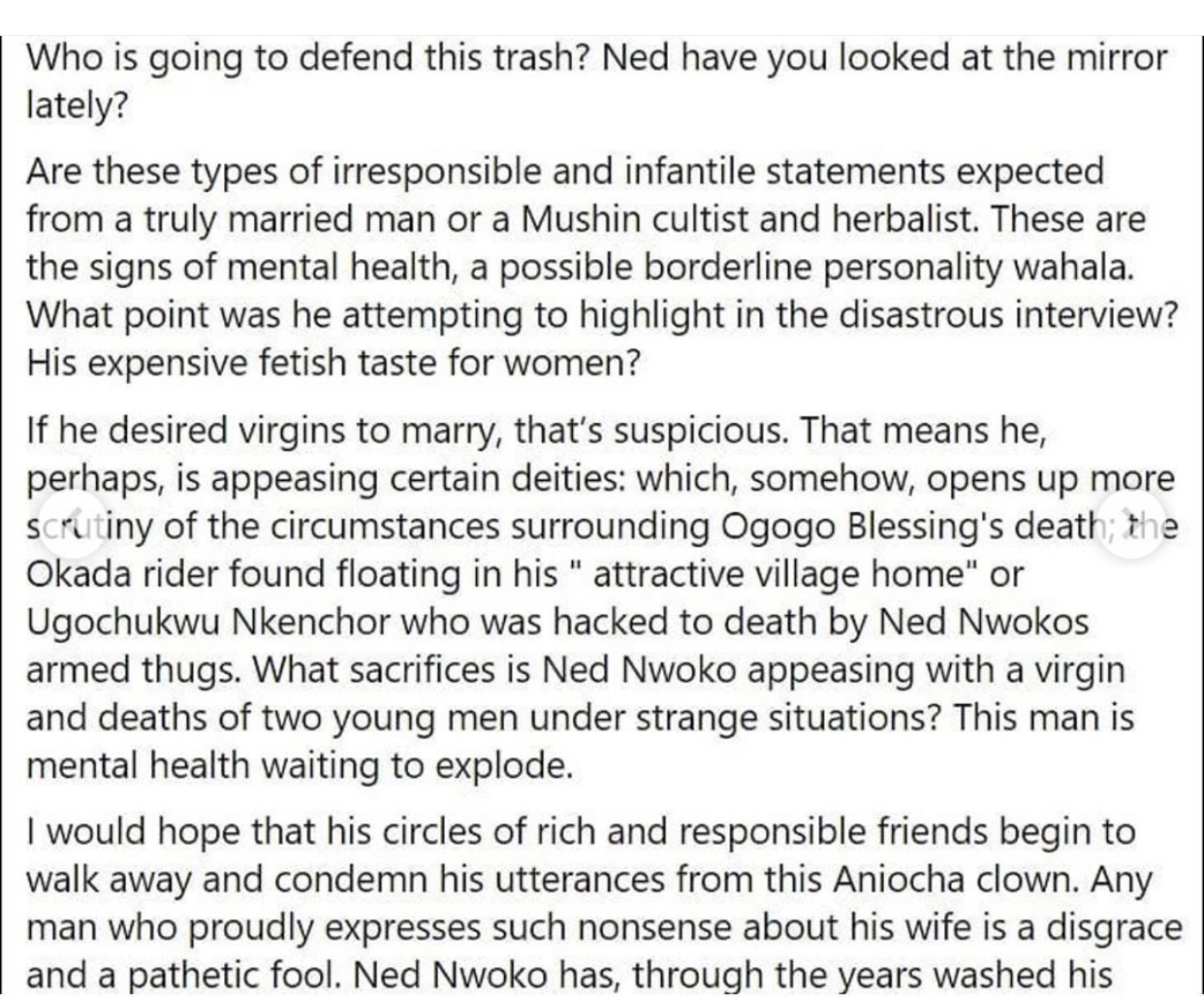 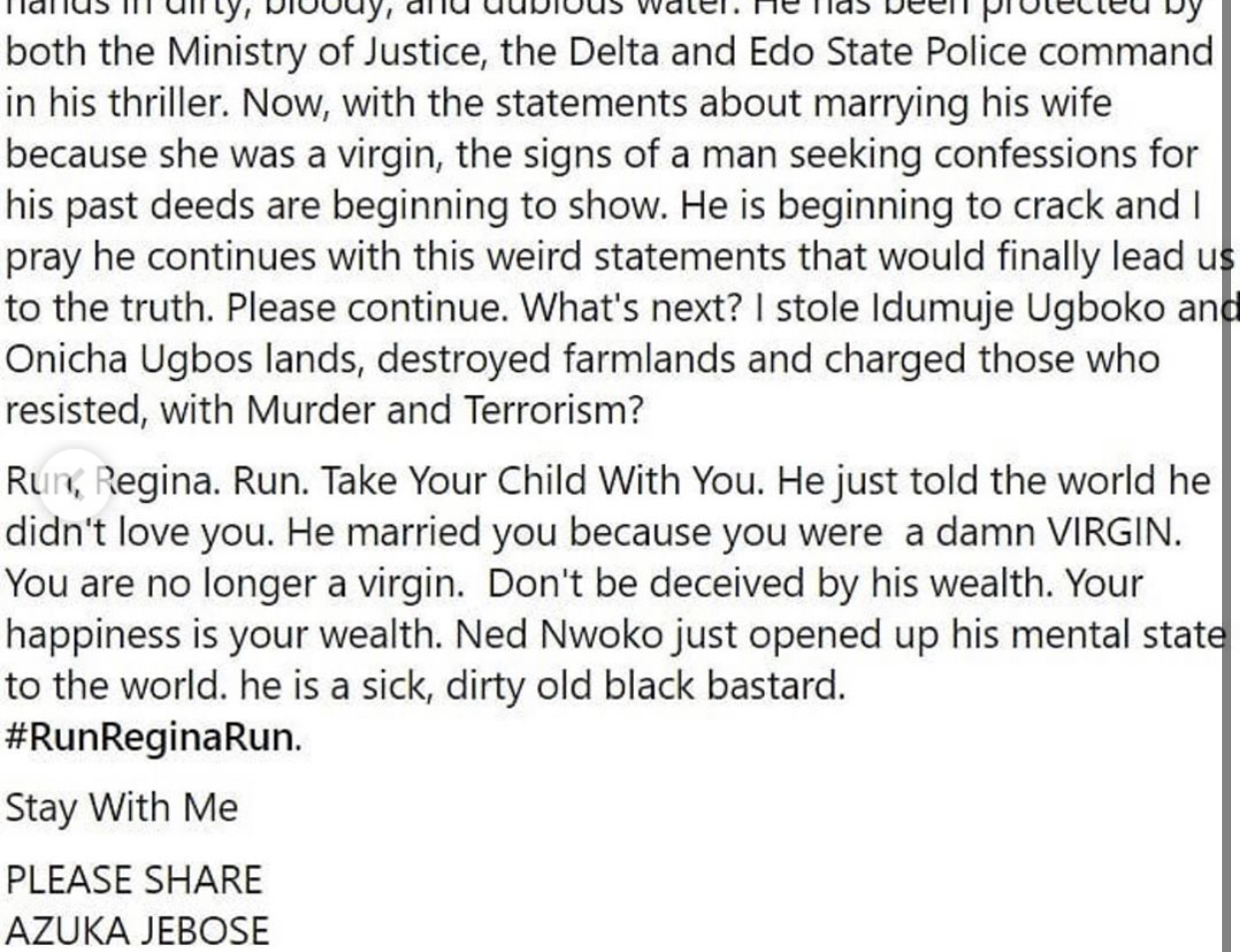