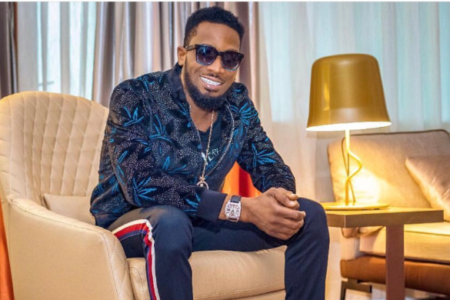 Embattled singer, D’Banj is done being silent as he has called on activist, Segun Awosanya alias Segalinks to tell the truth about the rape saga on Twitter.

The singer has been making headlines ever since a lady, Miss Seyitan Babatayo accused him of raping her in a hotel in 2018.

Taking to Twitter, D’Banj reacted to a post by Segalinks where he urged that activists wills of Kiki Mordi, Chioma Agwuegbo and Ayodeji Osowobi in helping people in need of urgent intervention should not be discouraged despite how the singer’s rape saga have panned out.

In response to this, the singer and father of one confronted the activist, telling him to speak up and mention those activists who played roles in fueling the controversies surrounding the rape allegation and for misleading the public for International NgO funding.

“Yes agreed but we should also call them out when they lie and go about things the wrong way , without facts Misleading the public all becos of International NgO funding and to look like they working . Say the truth

The Same liars that Sold this story to look Good to their International NGOs to look like they are working . You know the truth and their Names @segalink, Call them out . Dont chicken out . Say the truth.”