The reality TV star, who is a victim of cyber bullying, said it is hard being the ‘bigger person’ during the troll attacks.

TBoss also mentioned that she would no longer keep quiet from now on.

The first time mum accused women of being behind the attacks as she stated that the “percentage of men who join in troll attacks are those who have lost their manhood.” 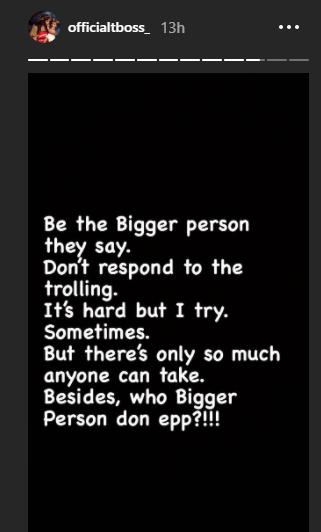