Nigerian actress and brand influencer, Lilian Afegbai has attempted to vindicate her mother, who was accused of murder.

The actress’ mother, Carol was accused of killing and burying Momodu Ibrahim, a UNIBEN student in 2013, while she served as the DPO of Ogida Police station in Edo state.

Lilian, who has continued to support the #EndSARS movement, broke her silence as she shared a post in which she refuted the claims.

“My spirit will not be dampened by the death threats and cyber bullying.

I am a Nigerian youth and we deserve a better Nigeria and I will continually fight until it is fixed.

As per my mother being dragged for murder, to the best of my knowledge my mother who is now retired did not kill anyone. The police officer (AMADIN IDAHOSA) that was attached to my mother’s station who killed the suspect was sentenced to life imprisonment by Justice R. Irele-Ifijeh of the High Court of Justice, Edo State in Charge No: B/CD/24C/2014.

He is currently serving his jail term at the Oko Prison, Benin, although he has appealed the matter up to the Supreme Court.

My spirit will never be broken. I will fight for justice and against the system that have put all of us into this mess.”

The ex-BBA contestant also went ahead to share proofs to corroborate her claims.

However, some Nigerians are not buying it. 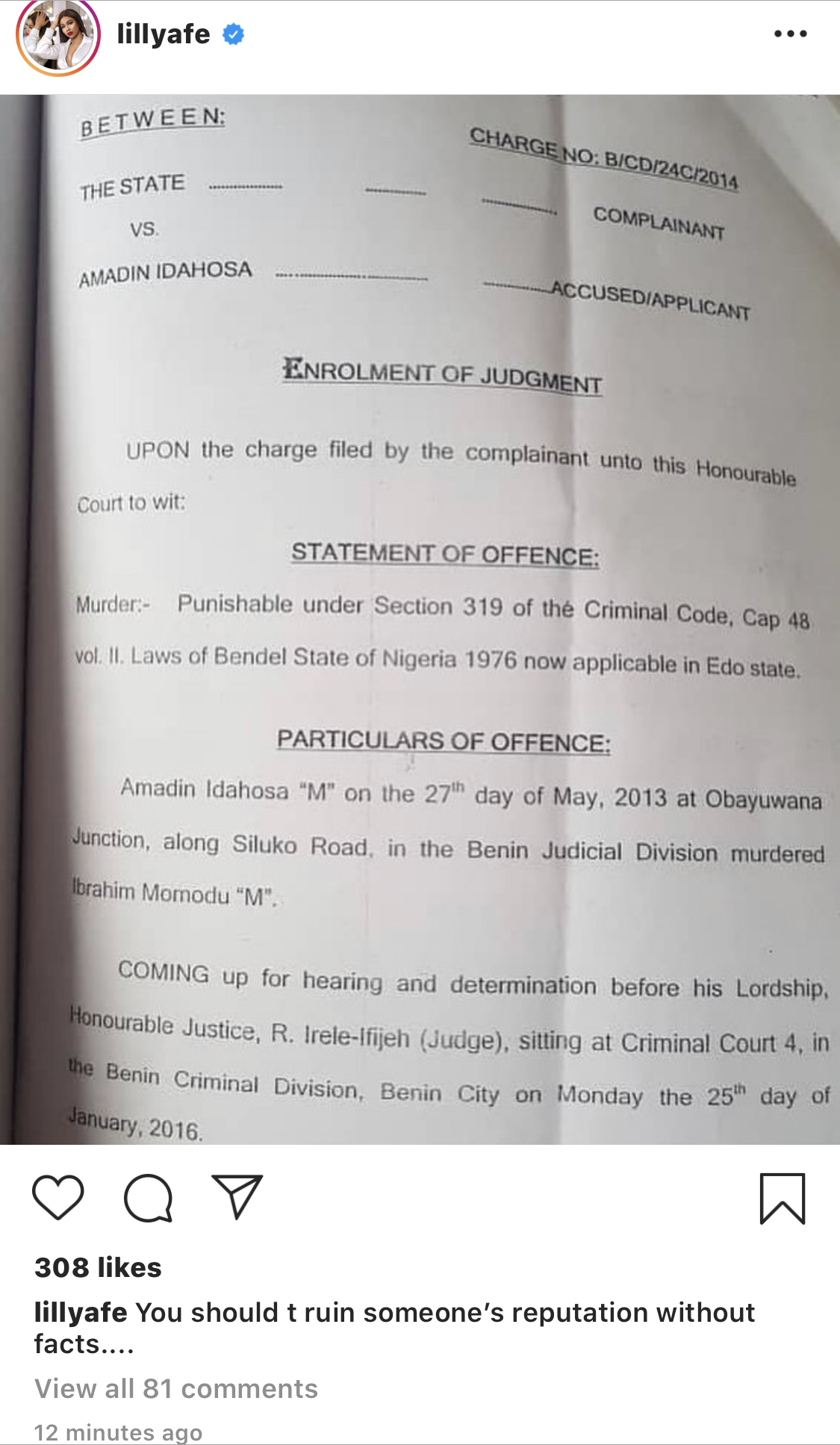 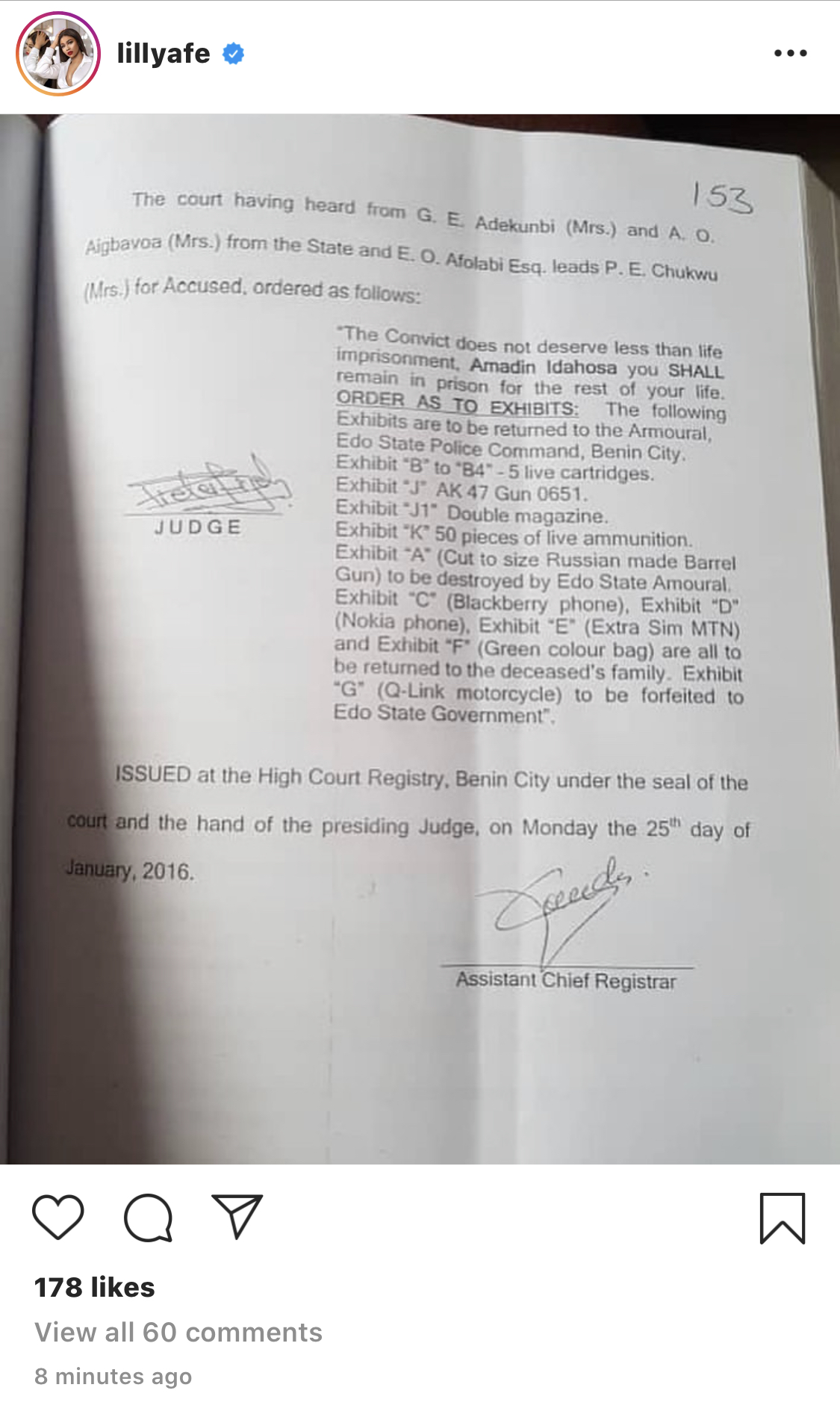