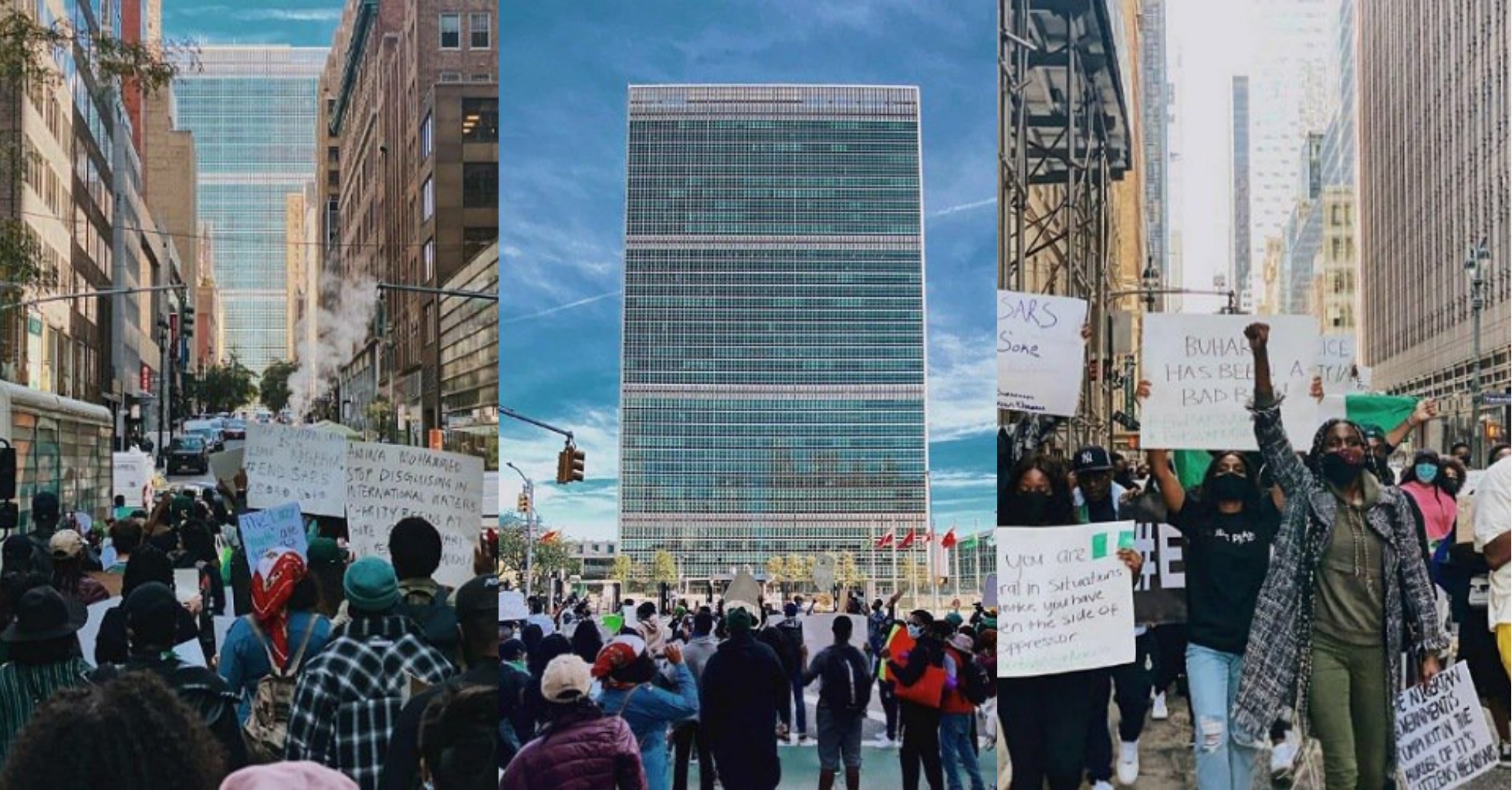 Nigerians residing in New York, United States of America, have staged an #EndSARS protest calling for an end to police brutality in Nigeria. 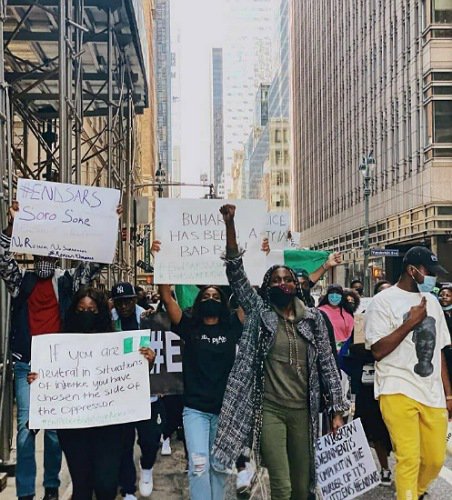 The protesters who trooped out in their numbers, accompanied by some American friends, demanded that the Nigeria Police Force be reformed with immediate effect. 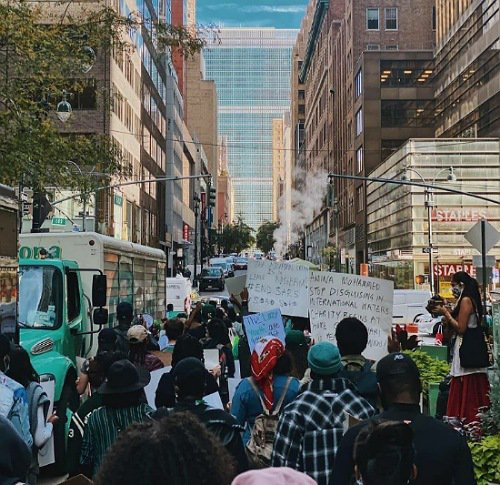 “Solidarity forever”, the protesters marched sang as they marched on the street of Manhattan to the United Nations house where they demanded the Deputy UN Secretary-General, Amina Mohammed, to speak out condemning police brutality in Nigeria. 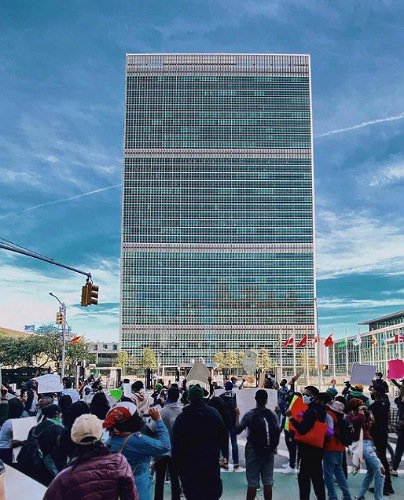