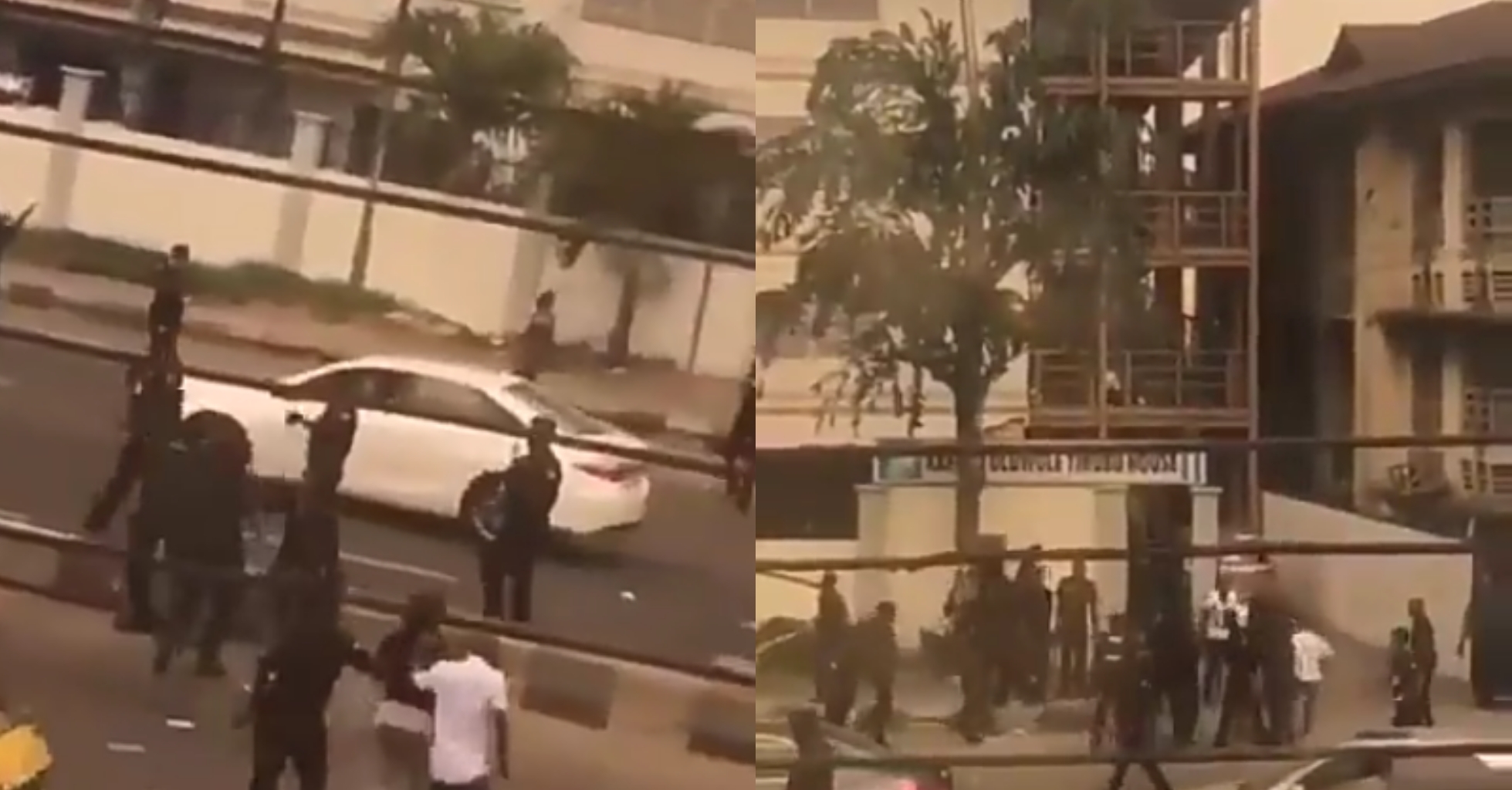 A video currently making the rounds on social media captures the moment a group of policemen pounced on two peaceful protesters.

One of the protesters identified as Nduka Treasure and her friend were dragged like thieves by the policemen and beaten like they committed a grave crime.

The voice in the background of the video said it was because they did a video while protesting.

Video of peaceful protesters Nduka Treasure and her friend being arrested and brutally beaten.. we leave no one behind!!! Please RT.. let her name trend till she is released pic.twitter.com/yjtPWAwpZF