Asiwaju Bola Ahmed Tinubu, former governor of Lagos state has stated that the future proceeds from Lekki toll gate be donated to victims of late endSARS protest in Lagos.

The National Leader of the ruling All Progressives Congress stated this in a statement made available to newsmen in Lagos. 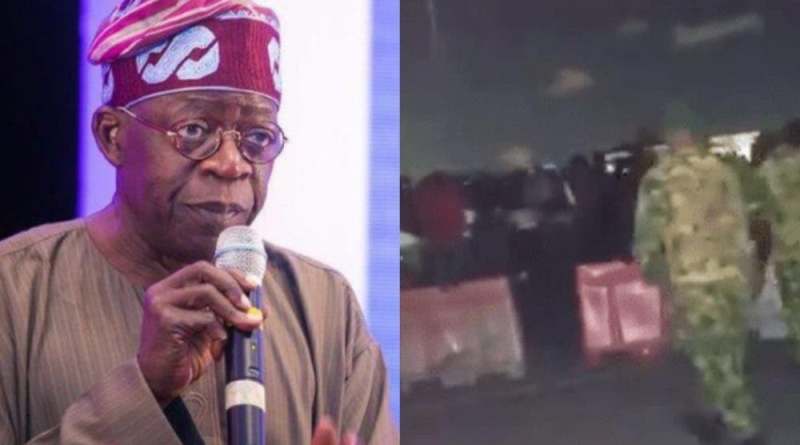 “Today, I speak to those who believe in the importance of, and want to know, the truth,” Tinubu said.

“The slander aimed at me is based on the untruth that I own the toll gate concession. The hate mongers prevaricate that I ordered the Lekki assault because the protests had caused me to lose money due to the interruption of toll gate activity,” Tinubu said.

“The toll gate is a public asset. Given what has happened, I would like to propose to the government that the toll gate be left closed for an indefinite period.

“If it is reopened, revenues should be donated to the confirmed victims of the Lekki attack as well as to other identifiable victims of police brutality in Lagos.

“Let government use the money to compensate and take care of those who have lost life or limb in the struggle for all citizens to go about the quiet, peaceful enjoyment of life without fear of undue harassment at this or that checkpoint,” he said.

“Although equipped with prior notice of the imminent trespass, I did not call anyone to seek or request for the army or police to deploy let alone attack, kill, or injure those who razed and vandalized these properties.

“I did not want any bloodshed. These elements, mostly hirelings of my political opponents, wreaked their havoc and destroyed those buildings and facilities and I thank God that the employees of these two media institutions managed to escape largely unharmed,” he said.

”In good opinion, it is illogical that he allowed damage to his investments but ordered: “soldiers to repel peaceful protesters from the toll gate where I have no financial interest”.

“Why would I be so moved as to instigate the army to attack peaceful, law-abiding people at the toll gate where I have no pecuniary stake, yet lift not a single finger to stop hired miscreants bent on setting fire to these important media investments?”.