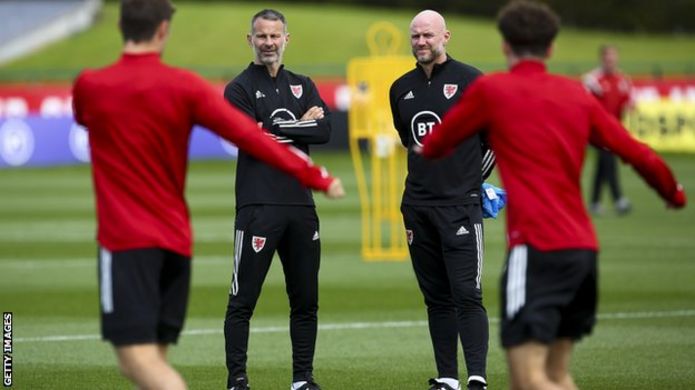 Manager Ryan Giggs will not be involved in Wales’ three matches in November, with assistant Robert Page taking charge of the team.

Giggs has denied an allegation of assault made against him.

The 46-year-old was arrested on suspicion of assaulting his girlfriend, several newspapers have reported.

“The Football Association of Wales and Ryan Giggs have mutually agreed that he will not be involved in the upcoming international camp,” the FAW said.

Wales will now announce their squad for games against the United States, the Republic of Ireland and Finland on Thursday.

See also: Why This Arsenal Player Is Premier League Best Signing Of The Summer

“Our agreed immediate priority is preparing the team for the upcoming international matches,” the governing body’s statement added.

“Robert Page, with Ryan’s support, will take charge for the next three matches against the USA, Republic of Ireland and Finland, supported by Albert Stuivenberg.

“The FAW will not be making any further comment at this current time.”

Wales have a friendly against the USA at Swansea’s Liberty Stadium on 12 November.

They then host the Republic of Ireland at the Cardiff City Stadium on 15 November in the first of two Nations League games, with Finland visiting the Welsh capital on 18 November.

Giggs’ representatives said he denies all allegations of assault made against him and is co-operating with the police.

The FAW cancelled a news conference planned for Tuesday, where Giggs had been due to announce his squad.